The Morrell Feeder, fed by the River Morrell, enters between Devonshire Bridge and Lock 14. It is very smelly. 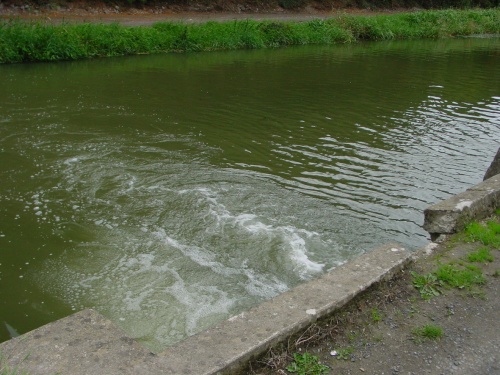 Water is pumped up from the River Liffey at the Leinster Aqueduct west of Sallins. 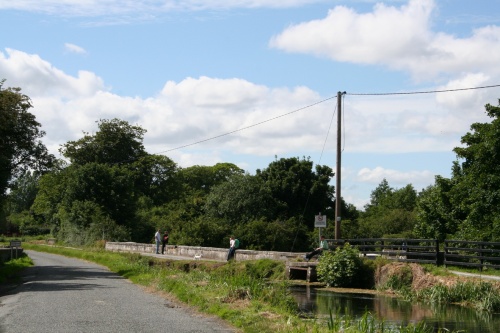 The Blackwood feeder, near Robertstown, was abandoned in 1952 but the Milltown feeder, to the summit level, is still in service.

There was another feeder west of Tullamore: the Lough Boora feeder, flowing through Turraun to join the canal west of Pollagh. According to Ruth Delany’s The Grand Canal of Ireland (David & Charles, Newton Abbot 1973), boats used the feeder to get close to the Turraun peat-moss litter factory. However, after it was taken over by the Turf Development Board in 1936, the peat slurry silted up the canal.

Current maps no longer show the factory and past maps don’t show the current configuration of land and water. In particular, they don’t show the change of use from turf extraction to parklands. 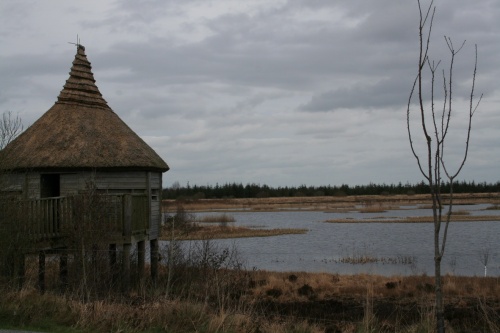 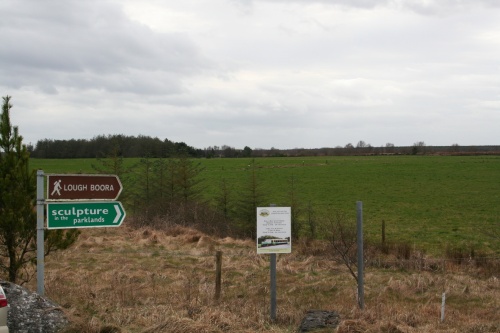 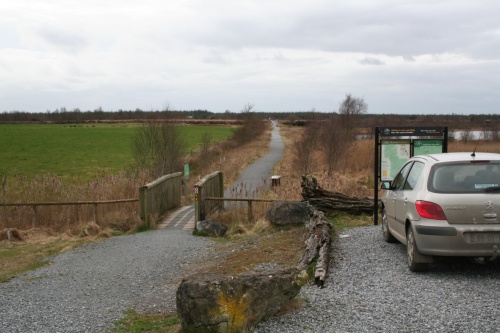 Still, I thought I could get there by driving west on from south of the bridge in Pollagh. That brought me to Turraun lagoon, so I was in the right area, but there was no way of telling whether any of the water-bodies had been part of the feeder. The only roadway that went towards the canal was marked as private property, so I couldn’t look for the junction of the feeder with the canal. Later, I thought of trying to drive the towpath from Pollagh, but that turned out to be a bad idea and I had to reverse rather a long way (which often happens). So all I can offer are some photos of Turraun, which may or may not have anything to do with the former peat-works and feeder canal. Some parts did look canally and there was some flow in the general direction of the canal, which lay to the north. 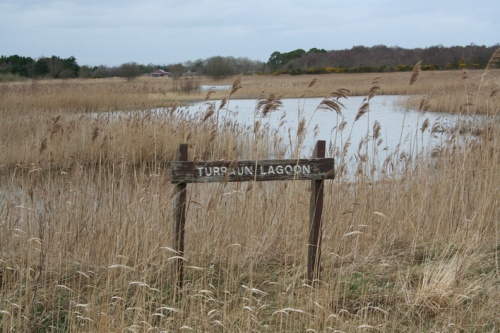 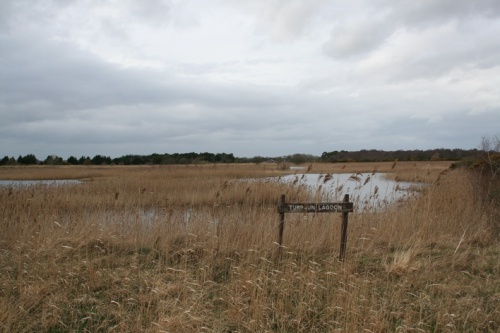 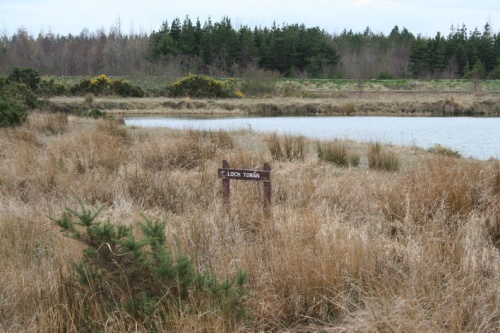 Looking north and a trifle east 1 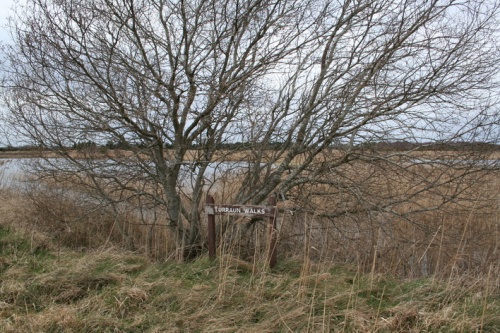 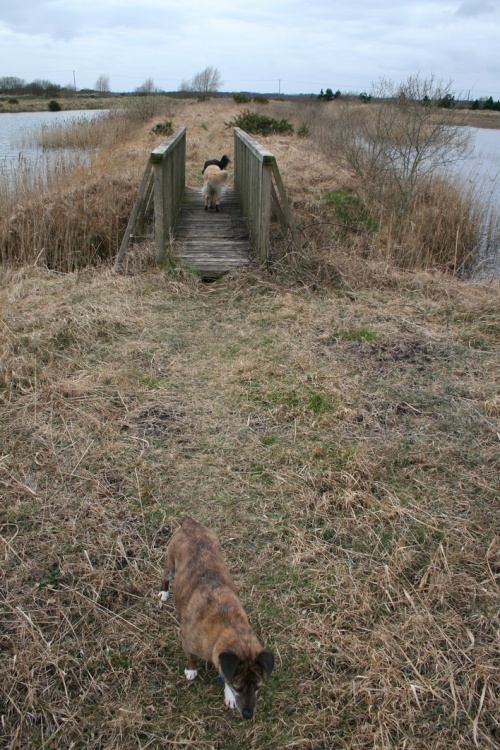 Bridge over connecting channel between lagoons 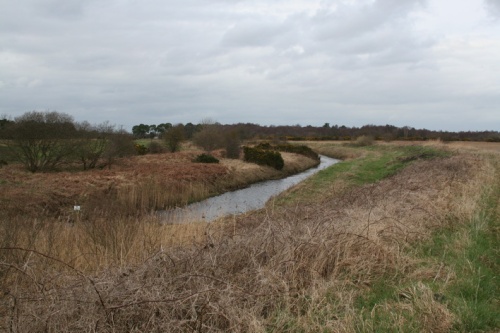 This seems to be flowing north and east towards the canal 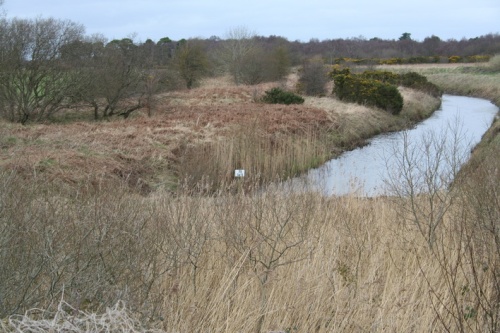 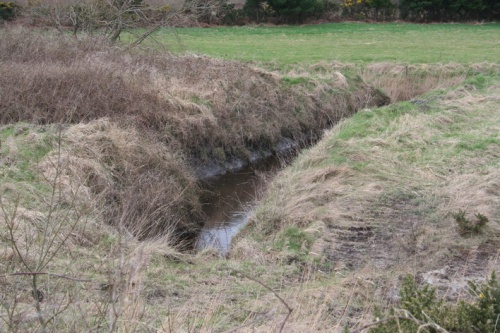 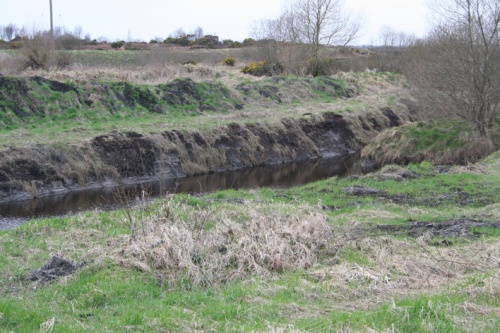 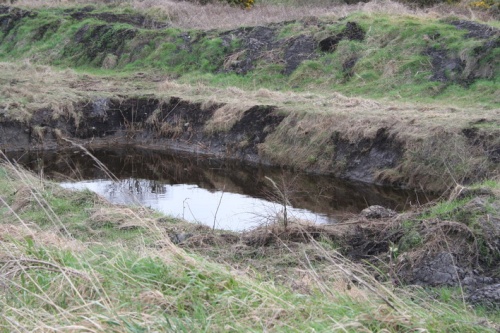 The canal-like object is skirting the lagoons, not connected to them 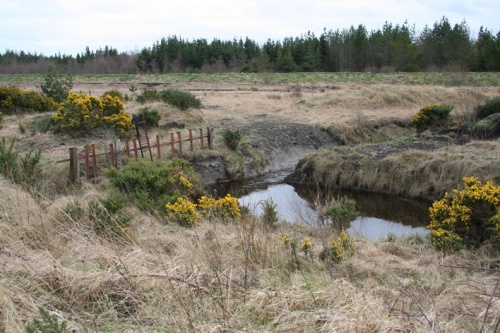 Slightly further up, a junction 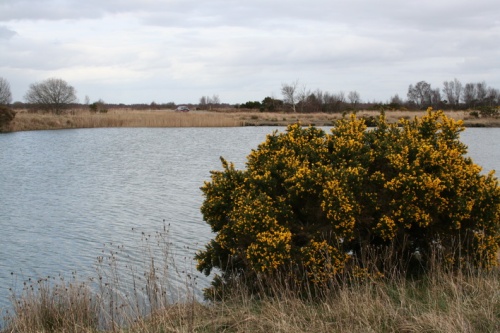 The western lagoon, not connected to the canal-like object

I returned to Pollagh, whose inhabitants didn’t seem any more keen on driving along the canal banks than I was. 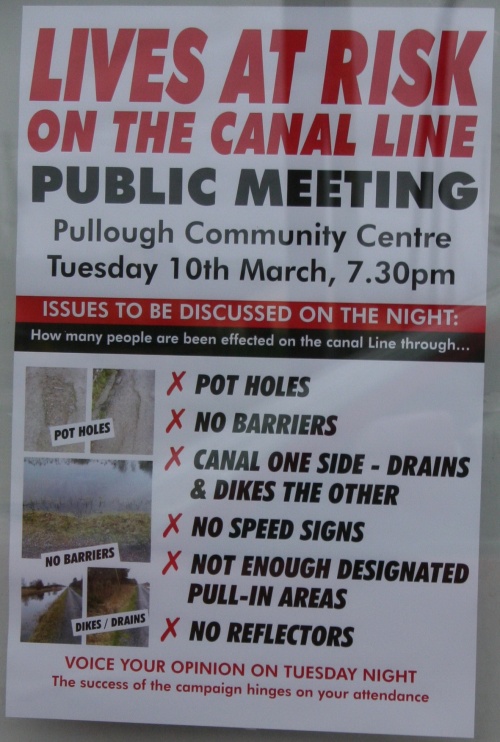 So that was rather an unsuccessful expedition. Looking at maps afterwards, I get the impression that the feeder has largely disappeared, with no sign of a junction with the canal. I suspect that the canal-like object I was looking at was the Boora River, which itself seems to have changed its course somewhat, and that the feeder was to the north of the road by which I reached Turraun Lagoon.

I found it difficult to get the Griffiths map to get me to Turraun. I suggest finding the Grand Canal and then working west from Pollagh/Pullough until you see “Canal supply” coming in from the south side.

If anyone has a photo of the feeder, or its ghost, joining the canal, and would be willing to allow me to add it to this page, do please let me know.

8 responses to “The Lough Boora Feeder”