A sunken boat in the Shannon

In a comment on my page about the canals at the World’s End, John Sheehan wrote:

A small steam boat remains under water a few yards this side of both canals.

When water levels were low in the early months of 2011, John visited the site again and told me afterwards:

This boat is now visible in sunny weather, preferably at 12 noon, and easily boarded, being 24 inches under water. The engine block leans to the right and downward in the forward area and is approx 24 inches high with a circular flange left of centre. See photos re 6-inch flanged outlet pipe and gate valve right of rear. Also flooring timbers.

He very kindly sent me some photos, and gave permission for them to be shown here. 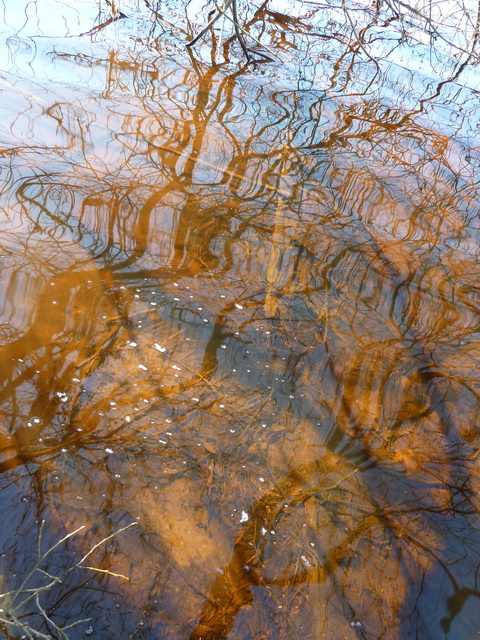 Close to the surface

Is this the 6" flange shown in the sketch?

The hook and engine block within the hull

John's sketch of the vessel 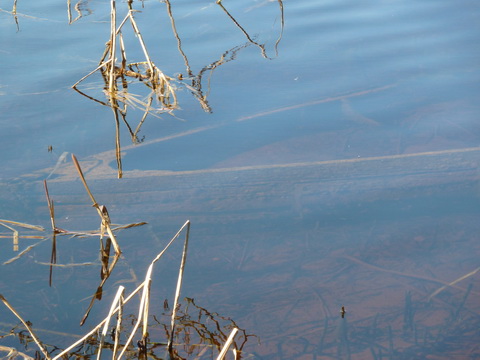 A sunken rowing boat nearby

It seems to me that, if we knew what the main vessel’s equipment was for, we could work out when it might have been used and when it might have sunk. It does seem to be a workboat of some kind. The stretch of river in which it lies was cut off from the rest of the Shannon by the construction of Parteen Villa Weir in the 1920s.