I understood that some boaters had travelled on some part of the navigation in recent years. I have no definite information, but I suspect that they were on Lough Nablahy and perhaps as far as Lough Dooneen. However, I wanted to see the bridge over the canal beyond Lough Dooneen, because (to judge from the older OS maps) it seemed to be the only stone structure on the navigation. At the very least, the size of the bridge would give some indication of the sizes of the vessels for which the navigation was constructed.

I got in touch with Liam Byrne, who runs the Roscommon Historical Research website. Liam in turn put me in touch with Jim Ganly, Chairman of the County Roscommon Historical & Archaeological Society, and he in turn put me in touch with Fr J J Gannon, Parish Priest of Elphin and a native of the parish of Aughrim (which contains Rockville, where he had often swum in his youth). Fr Gannon kindly invited me to visit him on a Saturday morning; I arrived with two companions, Colin Becker and Michael Slevin, to find Fr Gannon recovering from a flood caused by burst pipes. Despite that, he took us in and gave us tea and biscuits while we talked about the history of Rockville. What we hadn’t realised was that it was the home of a former owner of Chang Sha, Colin Becker’s elderly gentleman’s steam yacht.

Fr Gannon then accompanied us to Rockville. We paused on the way at the scene of the assassination of the Rev John Lloyd in 1847.  Then we went to the old graveyard at Aughrim, which is on top of a small hill (9275 9071: thanks to Colin Becker for recording the coordinates) from which we could see Lough Laure and the channel connecting it with Lough Nahincha.

Before I put in the photos, here again is my sketch-map, to show where things are.

Sketch map of the Rockville Navigation. Note that our explorations were confined to the northern end, closest to Rockville House.

Lough Laure from the old graveyard at Aughrim

Then we moved on to the Church of Ireland graveyard at Aughrim, where Colin Becker photographed some Lloyd family graves. 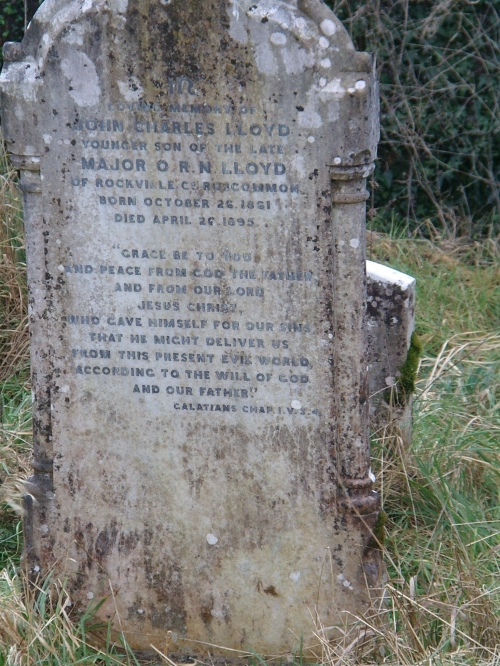 Then we entered the Rockville estate. Rockville House itself was demolished; it has been replaced by this rather more modest dwelling (9410 9430):

The house that replaced Rockville House

The old stables are still in use:

This avenue may have been the original approach to the house: 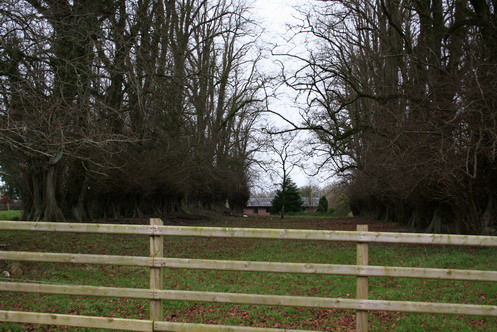 The canal and bridge

And so to the canal and bridge. 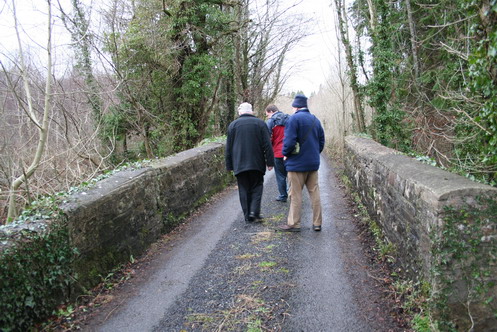 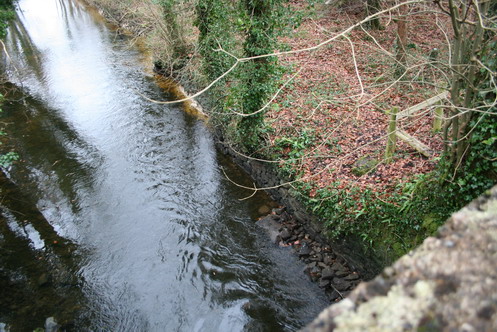 Looking downstream from the bridge, which is quite high. There is a noticeable flow in the cut.

Looking upstream from the bridge. A ford seems to have been created here to allow heavy machinery to cross. That may explain why the cut is relatively shallow above and below the bridge, although it seemed to be deeper elsewhere.

The date on the bridge: June 1765 (photo courtesy of Michael Slevin). This would put the navigation in the earlier of the two main batches of Irish waterway development: for example, the first works on the Shannon were undertaken between 1755 and 1769 (Ruth Delany Ireland’s Inland Waterways: Celebrating 300 years Appletree Press 2004).

The bridge arch from the east (photo courtesy of Colin Becker). Our rough and ready measurements suggest that the arch is about 15′ (fifteen feet) wide. The top of the parapet is about 15′ 10″ above the current water level and the parapet is about 4′ 11″ high, giving a clearance of almost 11′ over the present water level and at least 8′ over high (flood) water level. That makes it comparable to Grand Canal arches, although there is no towpath under the arch.

The stone bank on the south-east side of the cut (photo courtesy of Colin Becker). This could be the quay referred to by Hugh Malet. 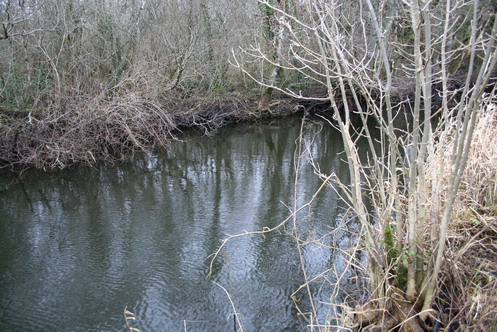 The canal towards Lough Nahincha. We walked along the bank, upstream, as far as the lake.

Looking along the canal towards Lough Nahincha

The canal joins Lough Nahincha (9455 9062). This is the part of the lake closest to Rockville House. On the far side were two small canals, one of which was linked to the fish-pond while the other seemed to link to an orchard. The later OS map (surveyed in 1913, published in 1914) showed a boat-house at the foot of the latter canal. The opening to the main part of Lough Nahincha is to the left, on the south-west side of this section.

The channel to the Clooncraff River

We drove towards Cloonahee Lough. On the way we stopped at a modern bridge over the channel from Lough Nahincha to the Clooncraff River. This may be the southward route that was mentioned to Hugh Malet. There was bog to the north and turf (peat) was stacked for drying to the south of the road. 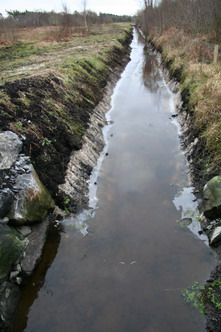 … and this is the channel.

Cloonahee Lough and the Grange River

Cloonahee Lough, which has lots of fishing-stands and also has boats for hire. This is one of the lakes that the Malets didn’t reach. The availability of boats might be of use to prospective explorers.

We then went to Grange.

This is Bellanagrange Bridge (9555 8605), at the Silver Eel pub. There is a second, smaller arch to the left of the picture; it was probably the outlet from the millstream: a tuck mill and a corn mill are shown on the earlier OS map (1837/1838), as is an eel weir. At that time the bridge had many arches, and the mill outlet was through one of them. There is also what may be a weir feeding the mills, and that might have kept up the water level upstream of the bridge. The 1913/1914 map has the new bridge but neither mill nor weir, although the millstream is shown. The Malets had to wade; the water certainly is shallow above and below the bridge.

This is taken from Bellavahan Bridge (9510 8648), the next bridge upstream (ie towards the Rockville Navigation). There is no sign on either of the old OS maps of the weir whose remains Hugh Malet says he was warned about. Did he perhaps confuse the location of the former weir?

On to page 3, the final page about the Rockville Navigation.

4 responses to “The Rockville Navigation page 2”