This should show the Google Maps aerial photo of  Victoria Lock on the Newry Ship Canal.

It appears that the gates at the lock were originally opened and closed by winches, like those on the Shannon locks, and although the winches are no longer used they have been left in situ.

There were two winches for each of the four gates (east and west leaves of upper and lower gates), which makes eight winches altogether. Unlike the Shannon winches, those on the Newry Ship Canal bear no information about engineers or manufacturers.

As far as I could see, they’re all the same, so I’ve intermingled photos of different winches below. I don’t understand what all the bits were for, so I’m grateful for enlightenment: John Ditchfield has kindly explained many aspects and I’ve inserted his comments below. 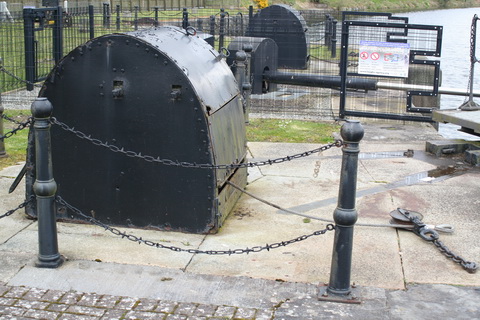 The two winches on the west side of the upper gate, with the new hydraulic ram between them 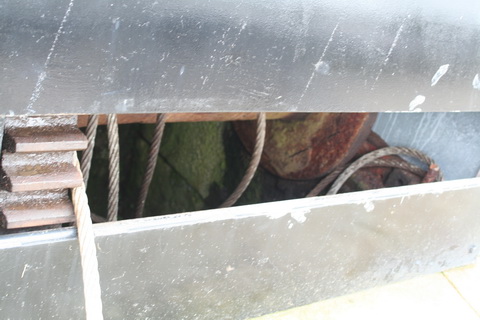 A look inside the cover

The steel cable was led through a block shackled to a chain anchored to the ground. Presumably the block gave a favourable lead to the attachment point on the gate 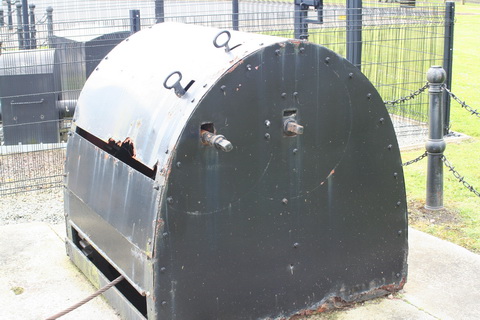 Why are there two spindles?

John Ditchfield explained that this sort of winch is called a double purchase crab:

It has two spindles, one for low and the other for high gearing. These spindles slide horizontally to engage/disengage with the appropriate pair of gears.

Here is one of John’s photos of a winch without a cover.

Note the collars half way along each spindle. There would have been an arm with a claw to drop into the recess and secure the spindle in position.

Close-up of two handles. What are they for?

John suggests that the handles are either to operate the interlock when shifting the spindles across, or for releasing a ratchet, or one of each. The loop on the handle seems to suggest something more than throwing a lever across. However, we would have to take the cover off to be sure. 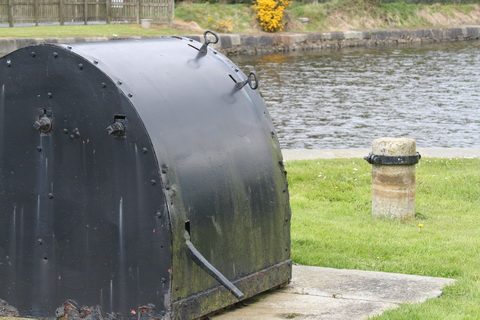 What’s the handle at the bottom for?

John Ditchfield says that that is probably for a band brake like the one on this photo from the Magpie Mine, a former lead mine in Derbyshire.

The gates are now opened and closed by hydraulic rams. 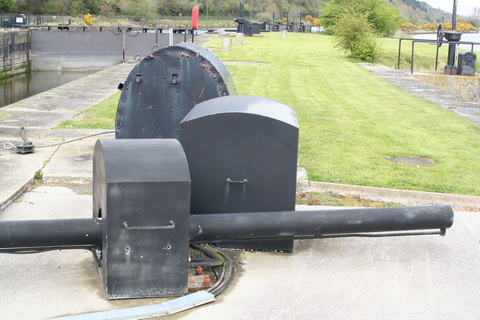 Ram and associated steel box, pretty well in keeping with the earlier lock fittings. This is the ram for the lower gate on the east side 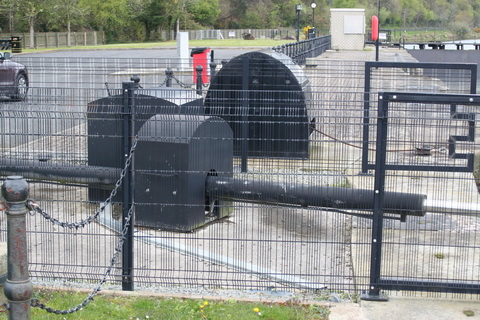 The kit on the west side is fenced off 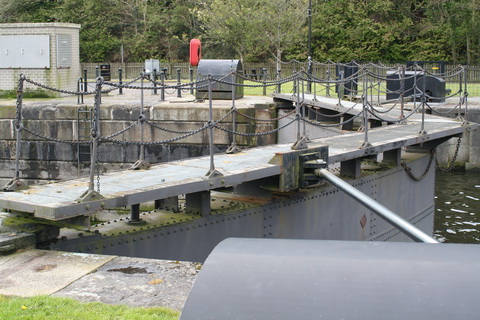 Attachment point to lower gate, east side. I presume that the steelwork is new, but I don’t know