Arthur Guinness founded his brewery in Dublin beside the City Basin, the reservoir that supplied drinking water to the city and was itself supplied by the Grand Canal (and in turn by various feeders, notably the springs of Pollardstown Fen). 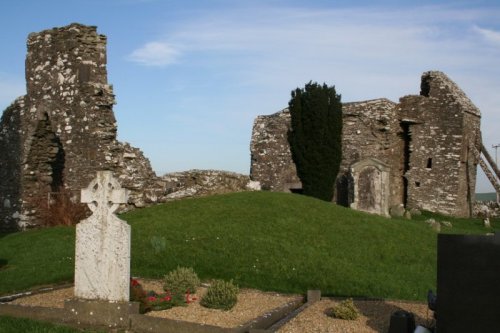 A peaceful scene at Oughterard graveyard

Some Britons affect to believe that Guinness was brewed with Liffey water, but that is of course nonsense: it was made with good canal water (although nowadays that water, passed through filter beds off the canal, is used only for washing).

The round tower at Oughterard graveyard

Uncle Arthur’s brewery was supplied by canal and in turn it distributed much of its product by canal. It also used its own fleet of barges on the Liffey to convey its product to the Dublin docks and thence to the thirsty millions in Britain, otherwise forced to drink inferior beer. The Grand Canal Company distributed Guinness along its routes within Ireland; the last cargo carried on the canal was Guinness to Limerick. 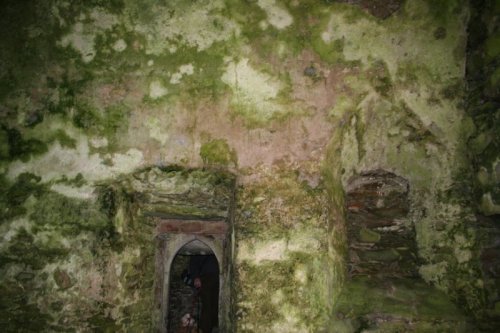 Inside the ruined church

Uncle Arthur is buried at Oughterard graveyard near Ardclough, overlooking the Grand Canal (not the Oughterard in Co Galway). 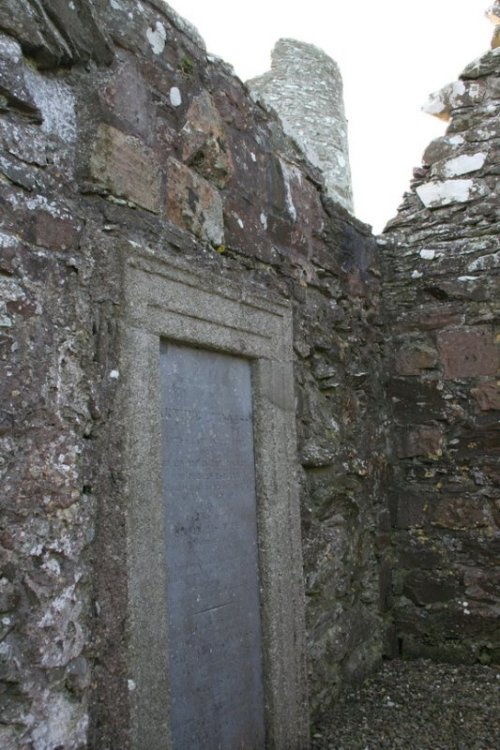 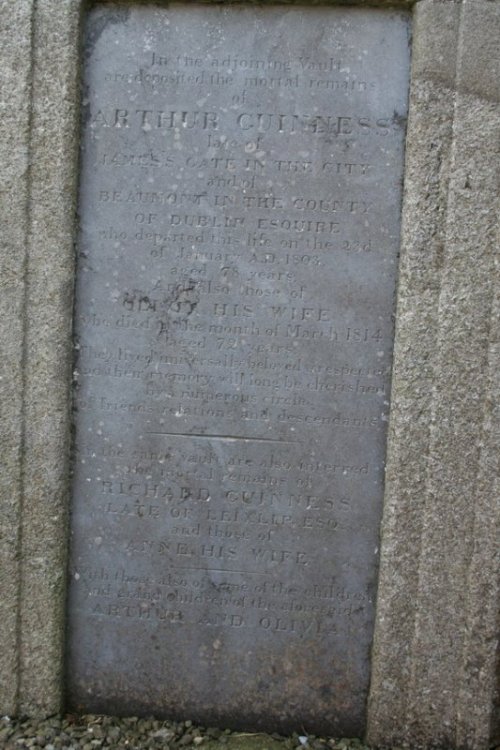 The full inscription on the family vault

In recognition of his contribution to Irish waterways, his ghost was recently presented with a bottle of Guinness at his family vault. These photographs record the ceremony.

The relevant portion of the inscription 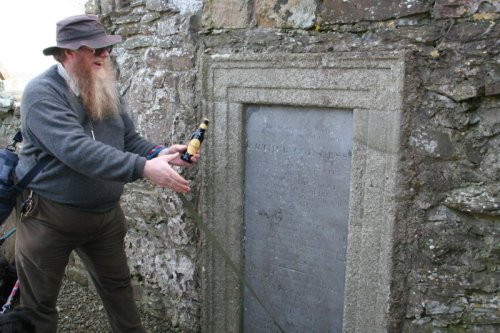 Making the presentation: the late Arthur Guinness is the stout fellow on the right

His graveyard is marked by a “ruined castle” icon on Map 4 of the Grand Canal Guide. The icon is between two roads; the entrance is from the road further from the canal, on the right just before the sharp bend shown on the map.