There is a wooden sailing boat being built (in 2011) at Querrin, Co Clare, that represents a vanished industry.

For many years Limerick’s main fuel was turf, some from upstream but most of it from the Shannon Estuary. And the principal source — likened to Limerick’s oilwell — was Poulnasherry Bay, west of Kilrush. 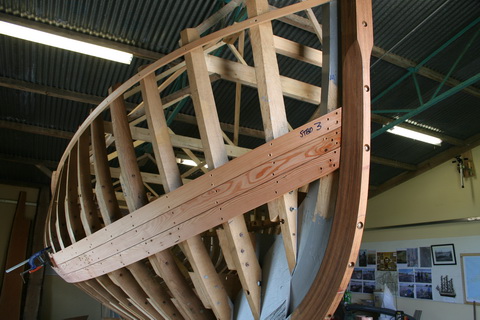 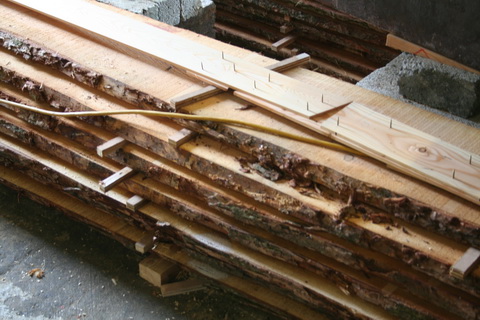 From there, wooden cots carried the turf out to sailing boats that would carry it up the estuary, perhaps transshipping at Querrin when the quay was built there by the Shannon Commissioners in the 1840s. The photos of the remains of a turf cot at Blackweir Bridge seem to have been removed from this page, so here’s my own photo.

On their return from Limerick, the boats sometimes picked up limestone from Askeaton and elsewhere. The boats also carried adventurous holidaymakers to Kilrush, en route to Kilkee; they established the passenger trade from which the Shannon steamers benefited in the early nineteenth century. 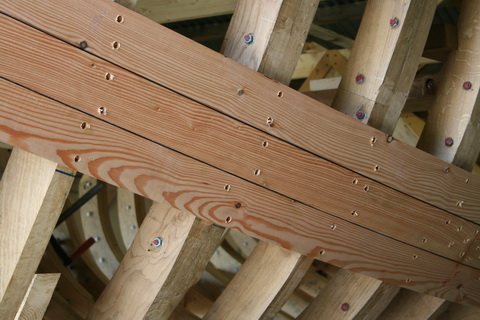 Pretty well every account of the Shannon Estuary in the nineteenth century, whether fact or fiction, has a turf boat in it somewhere, and the trade carried on into the twentieth century. However, none of the boats survived.

With research from Críostóir MacCárthaigh, a design by Myles Stapleton and shipwright Stephen Morris on the spot, the project aims to build a 25′ gaff-rigged wooden boat. It will differ in some respects from the originals, notably in having an external keel and an engine, but it will remain open. It is being built of Portumna oak, with larch from near Belfast and green oak for deadwood.

The Seol Sionna project intends to use the boat for sail training and hopes to revive the use, on the estuary, of small craft that can use the many abandoned piers and quays and the underused harbours. The Shannon Estuary has plenty of room for this boat and more like her. 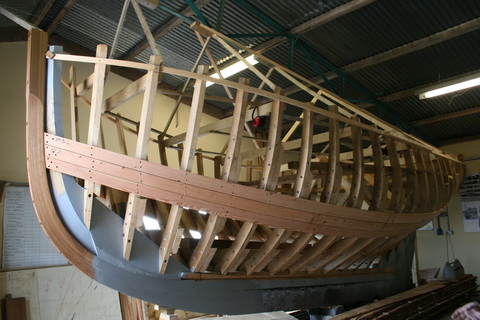 The port side of the hull

One response to “Seol Sionna: a Shannon turf boat”