The gates of Victoria Lock, on the Newry Ship Canal, have some interesting features; the gate recesses have even more. This should be a Google Map of the lock:

The lower gates from below 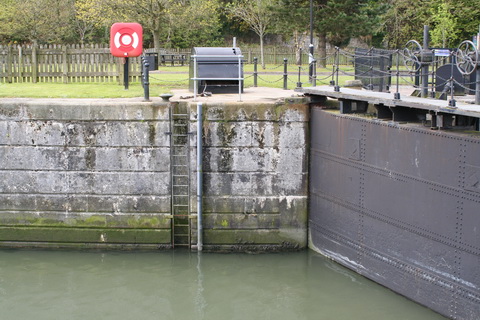 Lower gate recess (west side). Note the cut-outs in the stone. Do they suggest that there was once different gear for operating the racks (paddles)? Or that the current gear was mounted lower down? What else might explain the cut-outs?

Lower gate recess (east side). Note that the upstream cut-out differs from the other two

There are recesses for centre gates too, although no centre gates are now fitted. This is the east-side recess. Note the cut-outs here too. And what is the vertical pipe for?

Centre gate recess (west side). Note that there were timbers in two places. What were they for? There is a vertical pipe here too

Even the upper gate recesses have cut-outs. This is the eastern gate 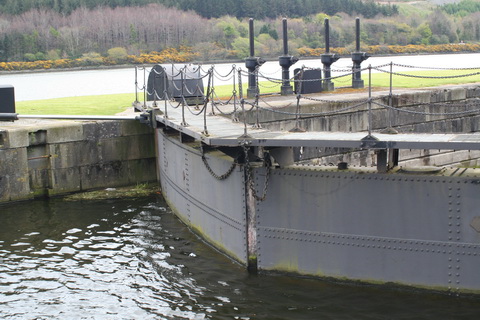 There is nothing on the backs of the present upper gates that would require cut-outs. What are the chains for?

There are chains on the downstream faces of the gates too. Why? 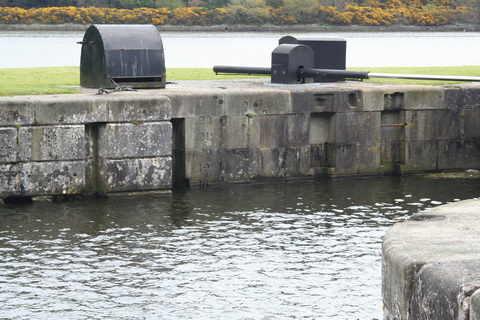 There are depth markings on the upper east gate recess 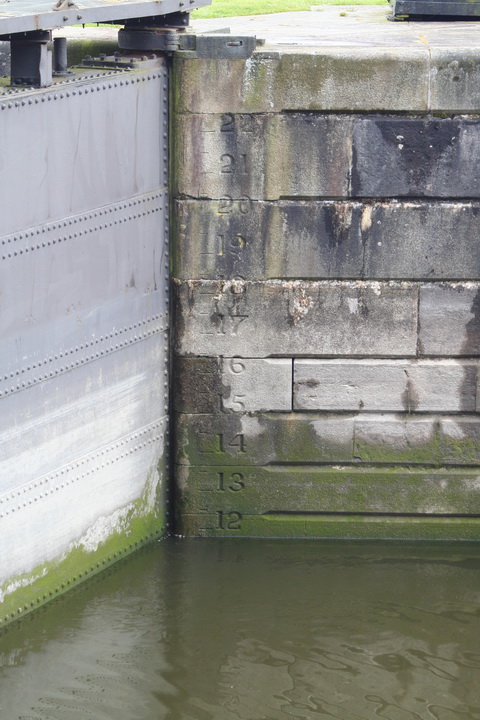 There are also depth markings below the upper east gate 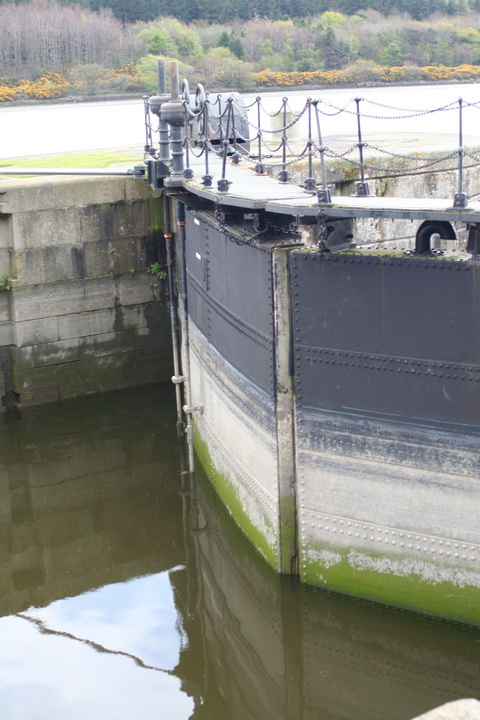 The mitre of the lower gates

The lower gates, like the upper, have chains whose purpose I do not know 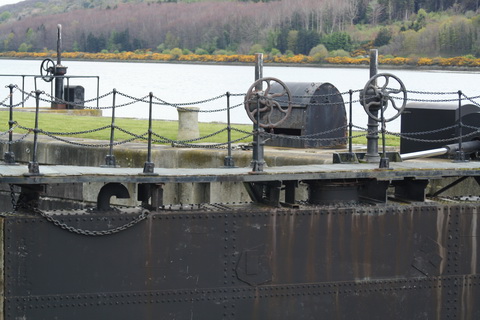 The downstream face of the lower gates

What is the purpose of the bent pipe under the walkway? John Ditchfield says that it is probably an air vent: that the lock gate is hollow and its buoyancy can be adjusted by adding or pumping out water, hence the need for a vent

Walkway and chains on lower gate

How the gates are held to the walls (lower east side) 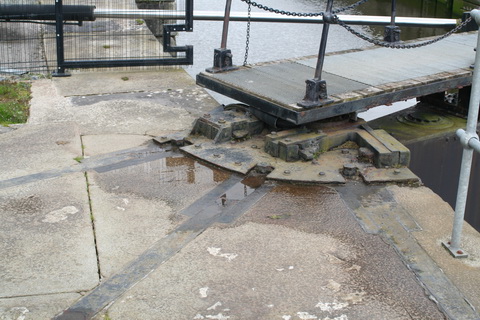 Hydraulic hoses under the walkway? 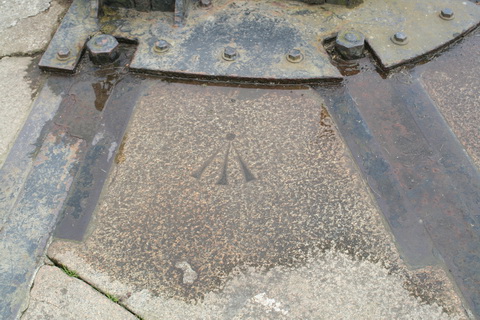