Here are some photos of waterways projects on which I noticed L+M Keating working in 2012 and early 2013. I’ve also included, and will start with, a couple of pics from 2011. These are from the works at Killaloe, which included new moorings, a walkway and a flash lock. 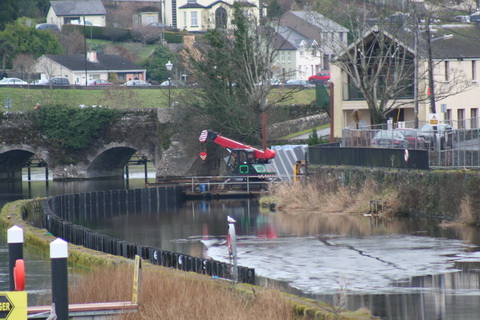 L+M Keating pontoon above the bridge at Killaloe 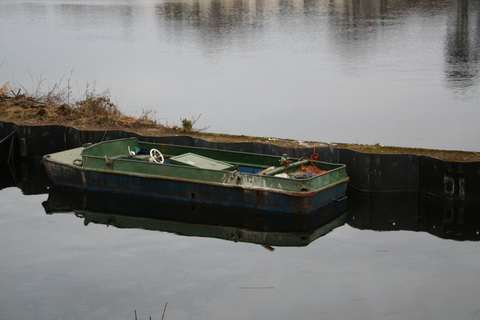 The next photo shows the firm dredging the Grand Canal in Dublin; this photo is courtesy of Waterways Ireland. I think it’s the same excavator as I photographed in Limerick: it can float, then flood the pontoons around which its tracks revolve. 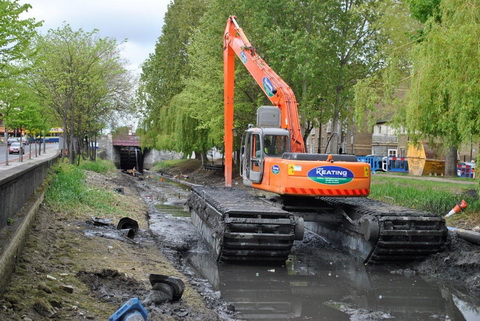 Keatings are working on the installation of a riverside boardwalk in Limerick. This photo was taken from the far side of the river, ino the sun alas. 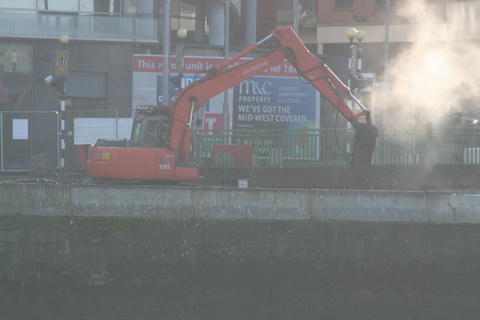 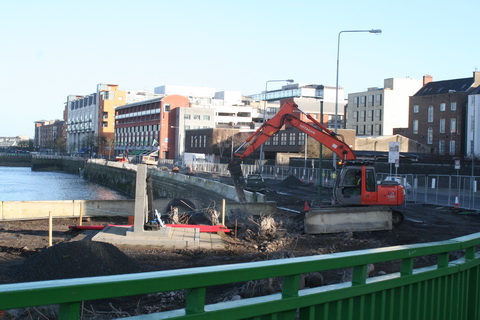 Finally, Keatings seem to have been working, late last year, on both ends of the embankment that runs along the west side of the Shannon between Meelick and Portumna. 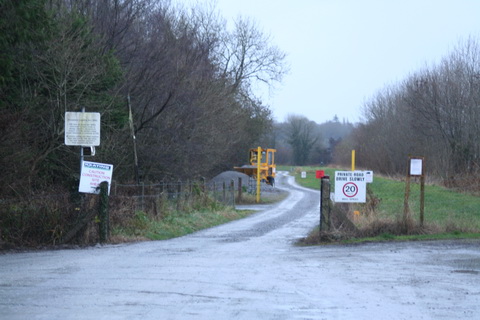 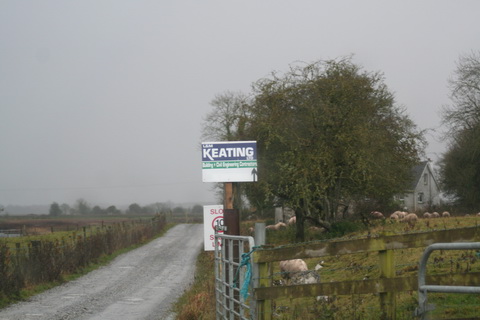