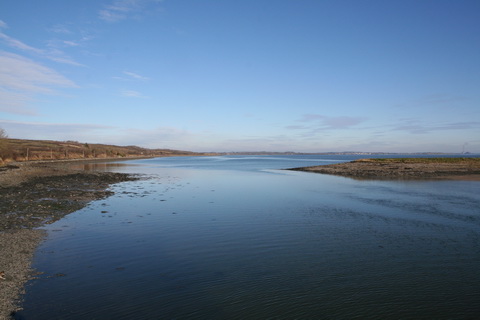 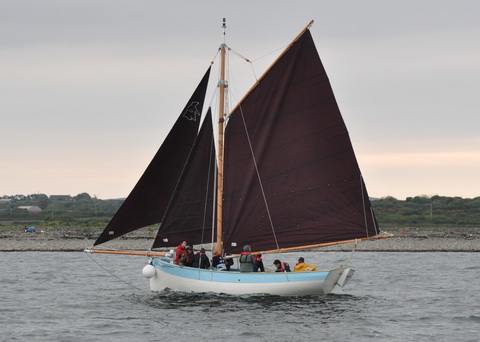 A five-hand pilot canoe (currach) is now being built at Querrin. 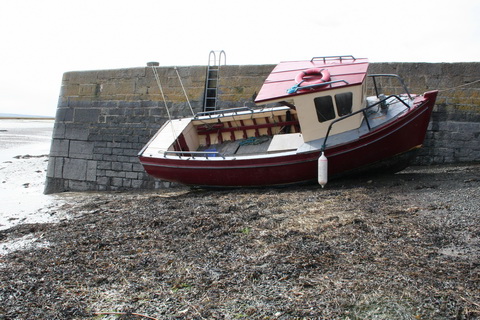 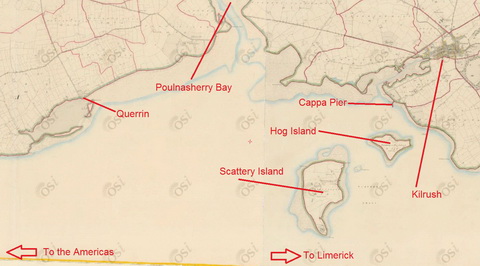 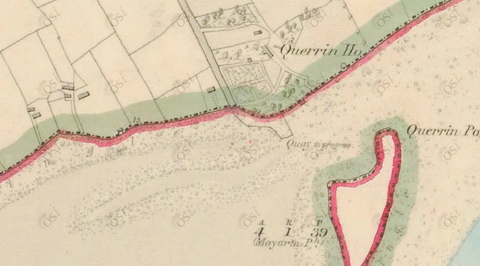 The legend says “Quay in progress”

The quay at Querrin was built by the Commissioners for Improving the Navigation of the Shannon in 1842. In their Second Report, issued in 1841 and covering the year 1840, they said:

The proprietors of the following places on the Lower Shannon; viz

having notified their desire to co-operate with the public as prescribed by the Act of Parliament, plans have been prepared for the several improvements, and tenders for contracts to execute the same have been called for by public advertisement.

The arrangement was that, if local interests (eg landowners) would agree to pay half the cost, the government would lend them the money to do so and would also pay the other half. In this case, according to the Commissioners’ Fifth and Sixth Reports, Messrs Borough of Querrin paid £580/2/6 principal in three instalments in 1843 and 1844, as well as £52/7/7 interest in four instalments. 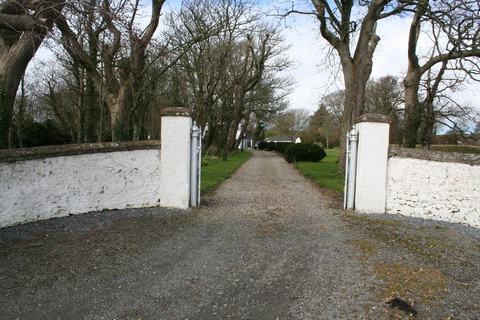 The gates of Querrin House

In evidence to the Select Committee on the Shannon Navigation Bill on 28 April 1885, Charles Frederick Green, Assistant Engineer to the Board of Works in Ireland, confirmed that the proprietors, W & R Borough, paid £580, with the other £580 being covered by a [government] grant.

The work at this place is a landing-quay of 135 feet frontage, with 14 feet depth of water at high spring-tides; the work was commenced in the month of March, completed in the month of December, and then opened for the use of the public. 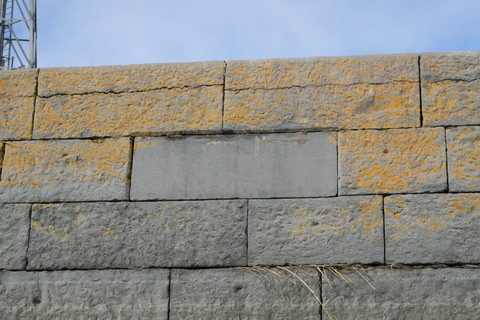 The front walls of this quay are built of limestone ashlar, with good rubble backing; it is calculated to afford great facilities for the shipment of agricultural produce and turf, and is likely to fulfil the object contemplated by its erection.

The work has been executed in a very satisfactory manner by the contractors, Messrs Sykes & Brookfield.

The average number of persons employed daily at Querrin, from the 1st April to the 31st December [236 days], was 45, being equivalent to 10508 days’ work.

They listed the materials used: 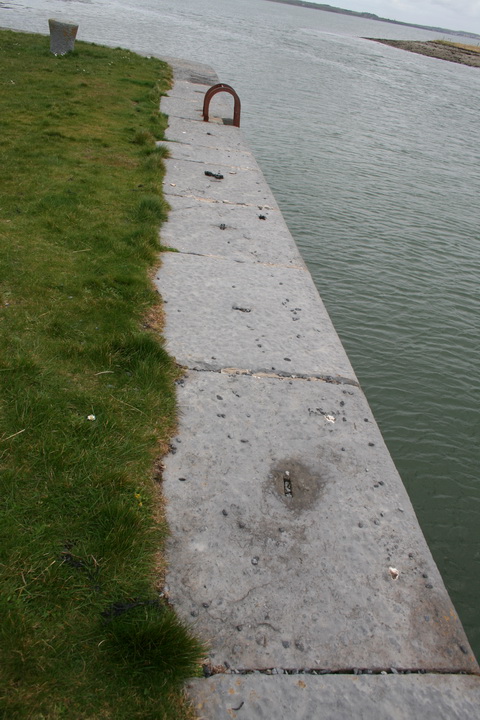 Construction of some other quays required lime, cement, gunpowder or fuse, but Querrin did not. 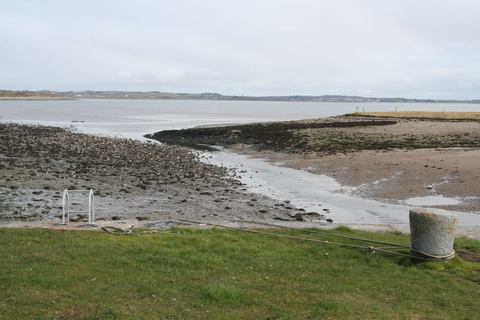 It being necessary to employ persons to take charge of this [Kildysart] pier, as well as those of Kilteery and Querrin, the rates of wharfage, &c as sanctioned by your Lordships, have been fixed at the lowest possible scale, all that is required being sufficient to pay the expenses of the individuals at each station, and a small sum to cover trifling repairs, which are not likely to be required for a long period, the work being built of ashlar of large dimensions, and well executed.

The rates of toll as at present fixed will hereafter be reduced, should the amount collected be greater than the necessary outlay requires. 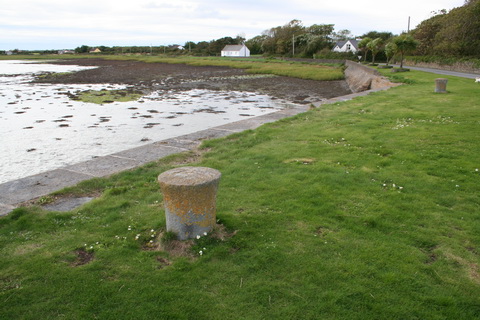 The western end of the quay

Here are the amounts collected in quayage and wharfage (there was no cranage), as shown in the Commissioners’ Sixth through Eleventh Reports.

After that, the Commissioners were wound up and their functions passed to the Board of Works, whose annual reports did not have room for such detail. However, the Board kept records, as Mr Green was able to testify in 1885 that, in total for the forty-two years to 31 December 1884,

The Board was trying, perhaps not surprisingly, to get the Shannon Estuary quays off its hands by passing them over to the local authorities. 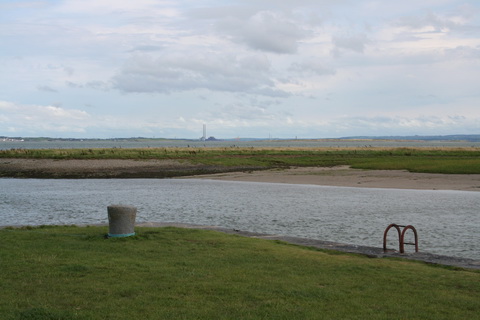 Inside the protective sand bars

It seems unlikely that the quay at Querrin ever met the hopes of Messrs Borough. Its traffic levels were by no means the lowest of the Commissioners’ estuary quays (that honour was reserved for Cahircon, which the Commissioners referred to as Kildysart, with Kilteery second-last), but neither landings nor loadings were large —except for turf. I presume that it came from Poulnasherry Bay; perhaps it was transhipped at Querrin from smaller to larger craft. 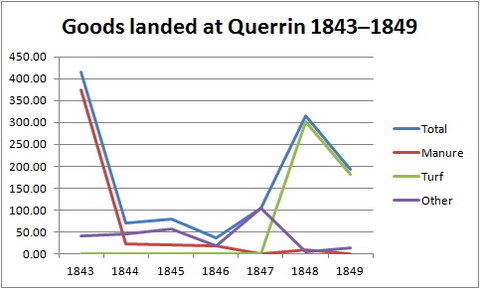 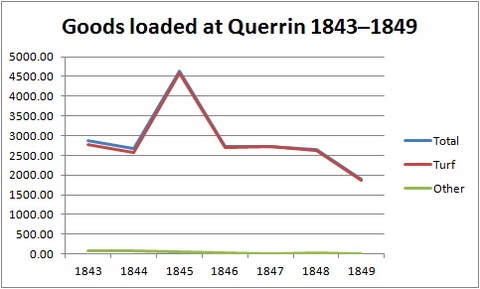 The Board of Works reports give no details but, again, Mr Green was informative in 1885. He said that, in 1884, 26 boats had used Querrin. They landed 4 tons of unspecified goods and loaded 618 tons of turf. No wonder that folk turned to handball instead. 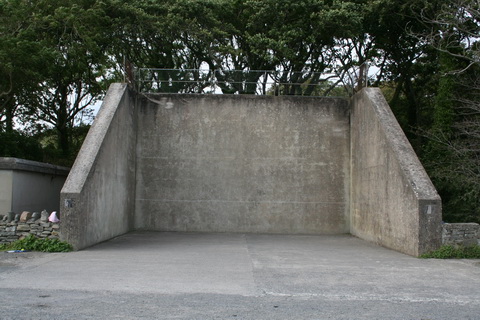 But the Commissioners were right to say that repairs

… are not likely to be required for a long period, the work being built of ashlar of large dimensions, and well executed.

Their quay still stands and it has the largest number of Shannon Commissioners SC marker stones that I have seen at any of their sites. 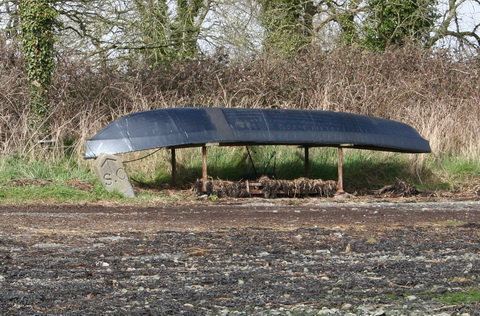 And yes, I do mean today. Thanks to Kevin Heapes of PureCamping [eco-camping and glamping in Co Clare, Ireland] for the news that there is now a webcam at Querrin, so you can keep an eye on the comings and goings (few in February, I imagine).