Why hurry? The inclined planes on Dukart’s Canal

Davis Dukart (there are many spellings of his name) was the engineer employed in 1767 to build a canal to link the Drumglass coalfield to the town of Coalisland, whence the Coalisland Canal could carry the coal to Lough Neagh and, via the Newry Canal, to the Irish Sea and to Dublin. 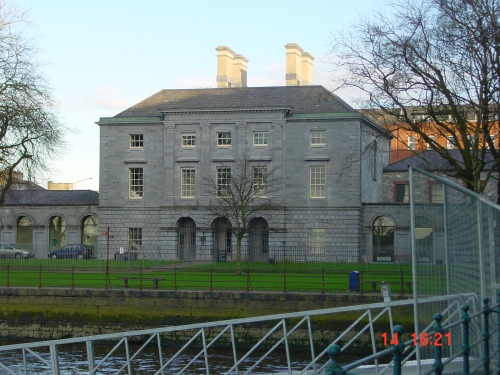 Dukart (who designed the Custom House in Limerick)  decided that his canal would have no locks. Instead, he built it with three inclined planes (which didn’t work very well), known locally as dry hurries. The full story is told in Thomas McIlvenna’s The Wonder-Working Canal: a history of the Tyrone Navigation (Coalisland Canal Branch of the Inland Waterways Association of Ireland 2005).

A dry hurry on Dukart’s Canal

Tommy McIlvenna speculates on the origin of the term dry hurries. Richard Griffin may be able to cast some light on the subject. In 1814 he produced, for the Dublin Society (now the Royal Dublin Society or RDS) a Geological and Mining Report on the Leinster Coal District. He reports on the method of working:

When a pit is sunk and ready for work, the agent generally lets it to a master collier, who is a species of middle man, between the collier and the agent. The master collier agrees to deliver the coal on the surface for a certain stipulated price, which varies from 6 to 8 shillings a ton, according to the difficulty of the work. This man engages a number of collier’s [sic] or a crew, as they are generally called, to work with him; each man has a particular kind of work allotted to him, and a certain portion is considered as a day’s work; a crew frequently consists of 50 or 51 persons, who are divided into

When broken down, the coal is put into a wooden box, which holds 3.5 hundred weight, placed on a small sledge, and is drawn by the hurrier to the pit bottom by means of an iron bar hooked into a ring on the front of the sledge. The thruster pushes the box behind.

3 responses to “Why hurry? The inclined planes on Dukart’s Canal”