This page is for historical material about Ardnacrusha, Parteen Villa Weir and other aspects of the Shannon Scheme.

In 1930 Sam L Grubb went to look at the new weir at Parteen Villa. This weir cut off the old navigation through O’Briensbridge, while still allowing a small amount of water down the old route of the Shannon through Castleconnell. The weir had (and has) a ship’s pass through which boats entered or left the headrace of the new Ardnacrusha hydroelectric power station, which was the new waterway route between Lough Derg and Limerick.

Sam L Grubb took two photos of the weir and his grandson scanned the negatives at very high resolution; he has kindly allowed me to reproduce them here.

That shows both sides of the weir: the section to the right controls the headrace.

You can see how raw the banks are; nowadays they are grass-covered, with sheep grazing on them, as you can see in the photo below (taken in 2008 with a slightly different field). 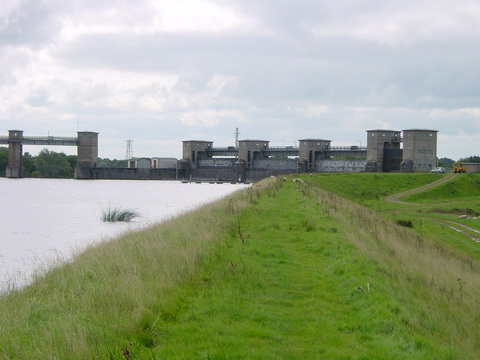 The second photo shows the headrace from downstream. There are workboats on both sides of the headrace. And because the photos were scanned at such a high resolution, we can have a look at them.

Barge on the left below Parteen Villa Weir 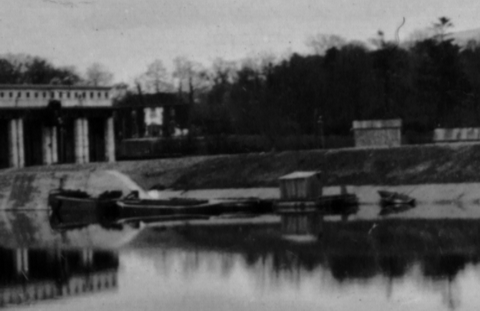 Vessels on the right close to the weir 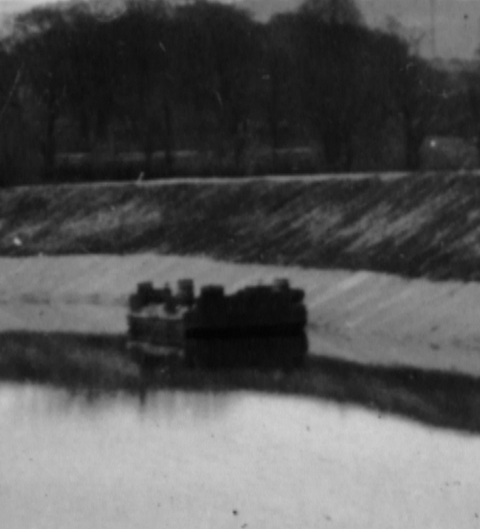 Vessel on the right slightly further from the weir

Two barges, used in constructing Ardnacrusha and Parteen, have been conserved; here is one of them on Heritage Day some years ago. 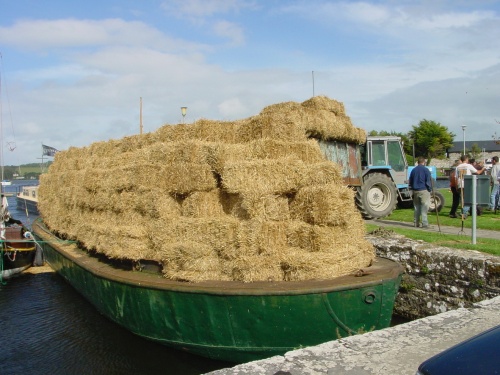 And that brings us to 1927, when the Nenagh Guardian reported on 1 October:

German barge sunk in the Shannon
Jump into river with lifebelt

A German barge, loaded with coal, was sunk at Parteen, near O’Brien’s Bridge, on Thursday. The barge had arrived at the tail of the navigation channel, and had to pass through a narrow part of the river which was partly dammed. There was a strong current at the time, and when the barge entered the river it was instantly sunk.

There was a young man in charge of the barge. Seeing the boat sink, he grabbed a lifebelt and threw himself into the river and tried to swim ashore. He was, however, carried fifty or sixty yards away by the current, but was then picked up by a German, who went to his assistance in a small boat.

That barge would have been using the old navigation, through O’Briensbridge. I think I have read somewhere that the barge was being winched up through the “narrow part of the river” when it overturned; I have not been able to find my source for that, but I continue to search for it.

Divers recently found a barge below the weir on the route of the old navigation.

I am grateful to Blair and Tony Chatterton of the splendid Portaneena boatyard for permission to show these photos, taken by Eyre Chatterton at various times during construction of the Shannon Scheme.

The power statiion from upstream

The trash rack, keeping debris out of the turbine intakes

The penstocks and lock house 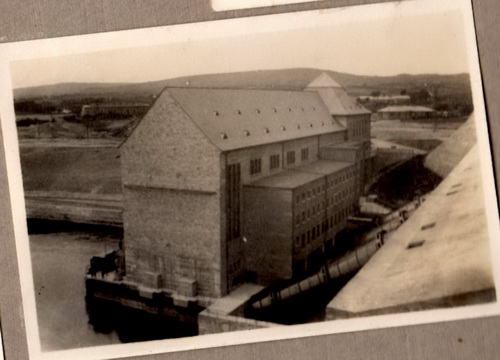 The power house or turbine hall 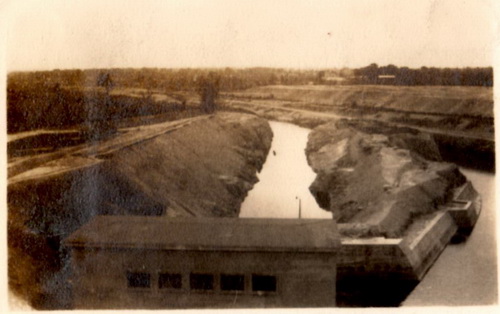 The navigation from the lock to the tail race 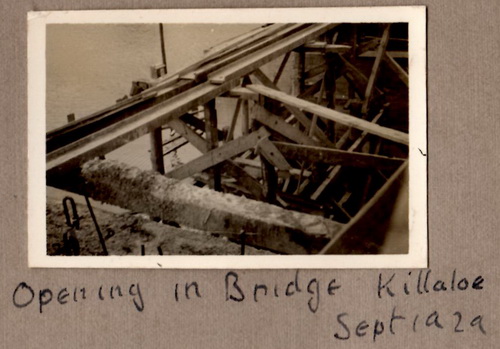 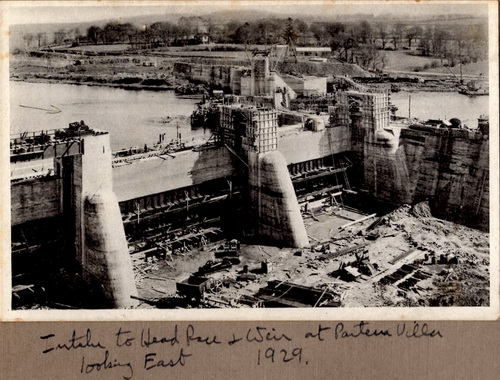 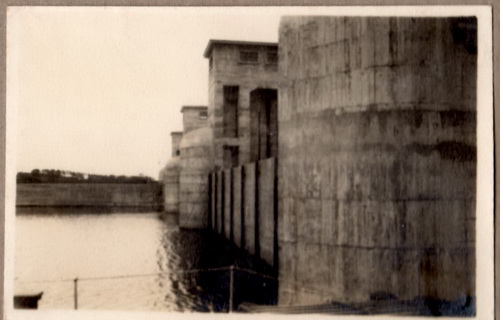 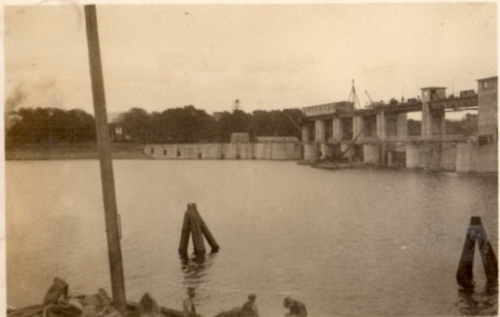 I am extremely grateful to Carthach O’Maonaigh for pointing me to the ESB Archives blog, which has published [as PDFs] the 39 reports made by Siemens during construction of the Shannon Scheme. Waterways folk will note in particular the report on transport (before Health and Safety was invented), the two reports on the locks and the two reports on Parteen Villa Weir, but all of the reports are interesting: big it up for the ESB archives folks.

Here are some interesting points, from an article written as Parteen Villa Weir was being constructed, about the headrace and tailrace considered as navigations.