According to Ruth Delany’s The Grand Canal of Ireland [David & Charles, Newton Abbot 1973], the Ballinasloe Line of the Grand Canal was built between 1824 and 1828 at a cost of £43485 (plus £2769 for a wooden bridge across the Shannon), which the Grand Canal Company borrowed from the Exchequer Loan Commissioners.

The line was 14½ miles long with two locks: Fanning’s, at the junction with the Shannon opposite Shannon Harbour, and Kylemore, which you can see here on Industrial Heritage Ireland’s photo album. The line was closed in 1961. You can follow its course for yourself, from the Ballinasloe harbour, starting here; make sure you’re on either Historic 6″ [around 1840] or Historic 25″ [around 1900]. 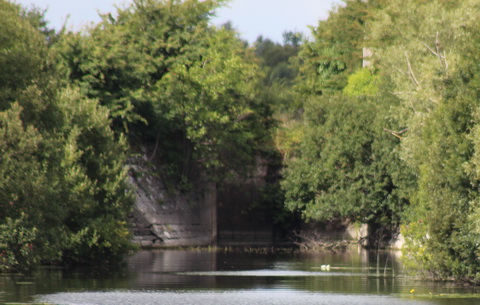 Fanning’s Lock from the Shannon 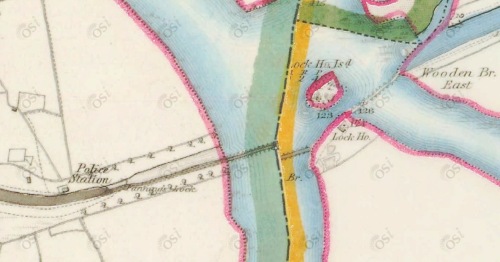 Fannings’s Lock and the Ballinasloe Line on the left; the Grand Canal and Shannon Harbour at top right [OSI ~1840] 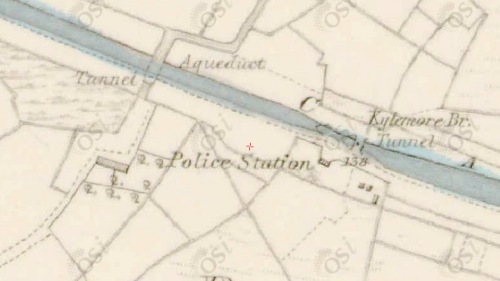 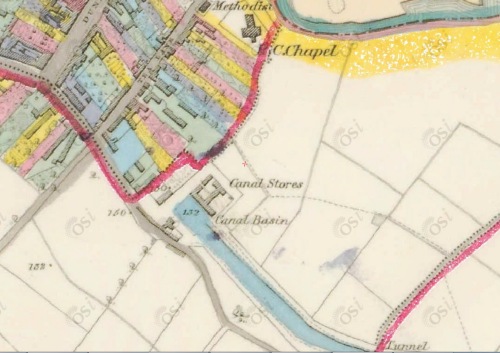 The canal harbour in Ballinasloe

Neither the OSI Historic 6″ map [~1840] nor the 25″ [~1900] version shows a footbridge across the canal near Ballinasloe, yet there was one — which has outlasted the canal. 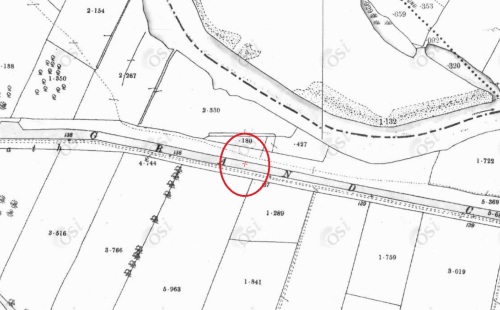 The site of the footbridge

It is marked on the OSI Street Map (which I do not have a licence to reproduce) and, from the Ortho aerial photos, it seems to be close to a complex of buildings whose purpose I know not. I presume that it was built in the twentieth century to provide access from those buildings to the river bank, on which there are some small structures, but I am guessing; I would welcome information.

Here are some photos taken from a boat moving down the River Suck past the site. 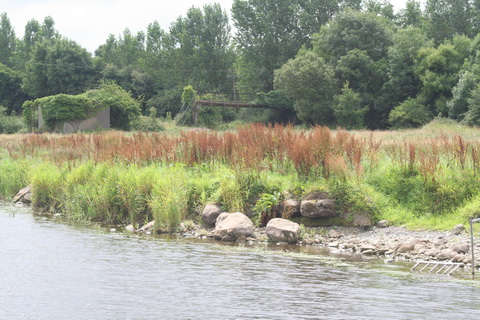 The bridge from upstream 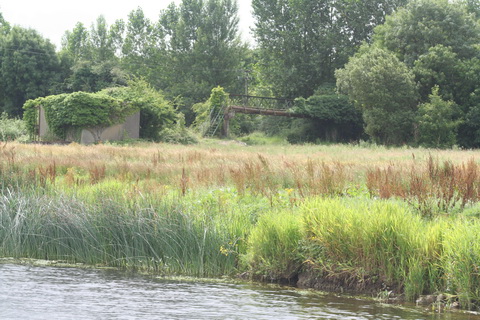 Unidentified structure close to the river side of the bridge 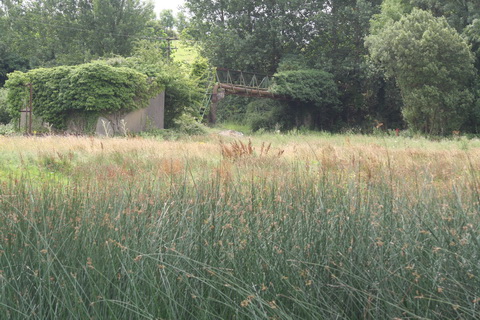 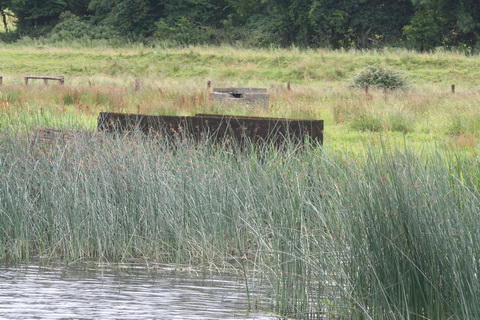 Structures on the bank 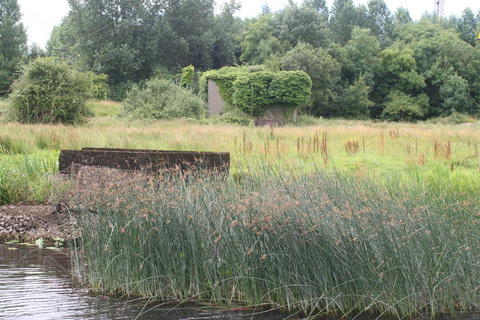 The structure on the bank and that by the bridge 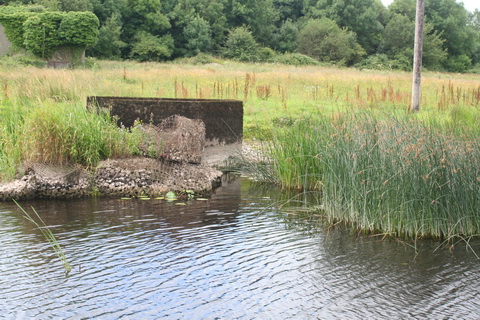 Closer look at the structure on the bank 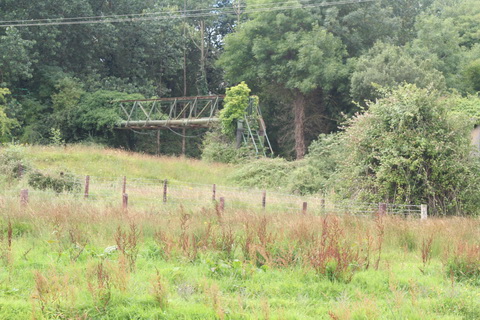 Looking upstream at the bridge 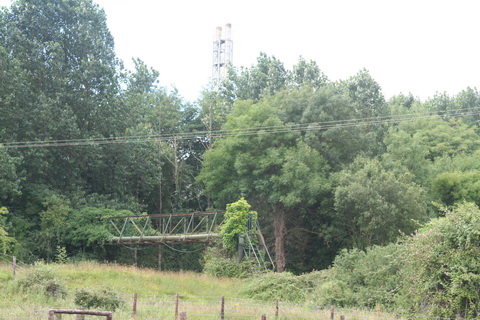 4 responses to “The Ballinasloe Line”