Raheen or Ballyheeney is nowadays (or was in 2015) a small, quiet place on a tributary of the Blackwater, close to the lower or Youghal end. Two rivers join the Blackwater at the same place: the Greagagh to the north and the Licky to the south. The Licky looks like the larger river but the Greagagh flows through Clashmore and had a couple of quays along it. It’s not far below Ballynaclash quay.

I’m not sure which of the quays is Raheen. 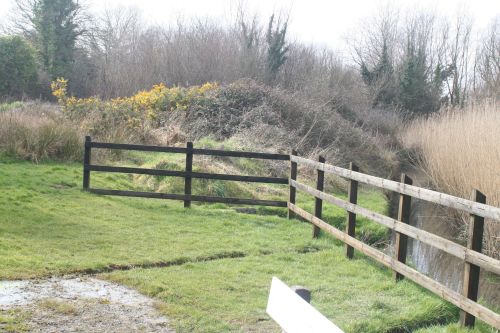 A nice place for a picnic

Clashmore Tidy Towns Association has provided information about the history of the quay: a praiseworthy initiative 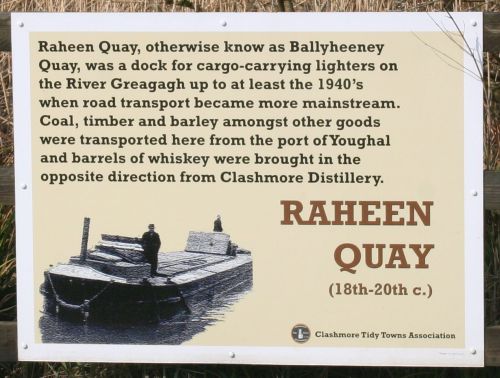 The illustration shows one of the Grand Canal Company’s motor barges; I’d be surprised to find that any of them reached Raheen!