The estuary of the River Shannon runs from Limerick City for roughly 96 km to the sea. Most of the north side of the estuary is the south coast of County Clare; the south side is County Limerick from the city almost as far west as the port of Tarbert, where County Kerry takes over. The width of the estuary ranges from 1.25 km to 14.5 km; the Mouth of the Shannon is between Loop Head to the north and Kerry Head to the south. As Anthony Marmion put it in The Ancient and Modern History of the Maritime Ports of Ireland (3rd ed London 1858):

The Parliamentary Gazetteer of Ireland (A Fullarton & Co, Dublin, London, and Edinburgh, 1846) said:

KERRY-HEAD […] is situated 7.25 miles south of Loop Head […]. Kerry Head, largely understood, is a promontorial peninsula, 3.25 miles in length, 1.75 in mean breadth, possessing horizontally a conical outline, and extending westward between the Shannon’s estuary and Ballyheigue bay. The interior of it is high ground, called Doon Hill; and the coast is a series of lofty, broken, cavern-perforated cliffs.

Nowadays, the navigation authority for the estuary’s 500 km2 is the Shannon Foynes Port Company, whereas Waterways Ireland is responsible for the river upstream of Shannon Bridge in Limerick. In the early nineteenth century, few writers distinguished between the estuary and the non-tidal Shannon. The whole was considered as one river and the estuary was part of that river; as the German writer Johann Georg Kohl wrote in 1844:

The mouth of the Shannon has rather the character of an arm of the sea, but to consider it as such would be in violation of the principles of Irish geography.

Here, I hope, is a map showing Loop Head and Kilbaha. At some magnifications, the name of Kilbaha appears in two locations; the one to the east, on a bay, is the right one. 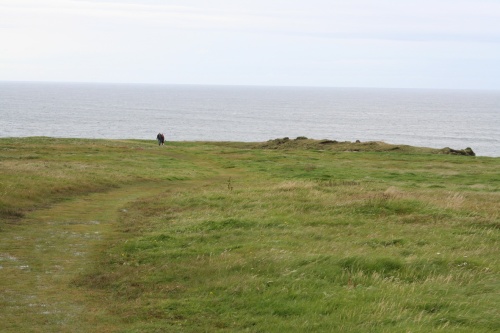 Looking west from Loop Head. Note America on the horizon (2009) 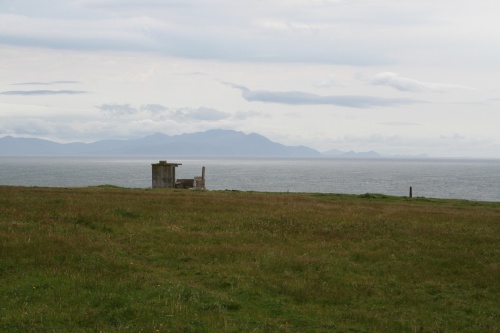 The westernmost harbour on the north side of the estuary is Kilbaha. According to Samuel Lewis, turf ‘of a superior quality’ was sent from Kilbaha to Limerick, sea-manure was landed there and ‘the fisheries afford exclusive employment to upwards of 100 persons’. 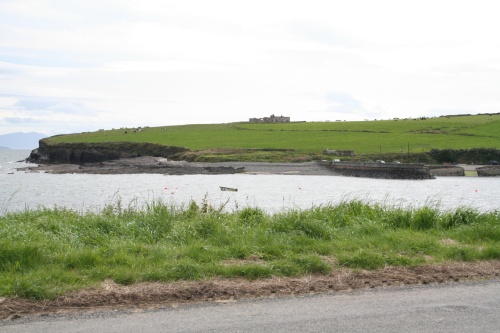 A boat enters the bay on St Valentine's Day 2010

Under an Act passed in 1823, the Limerick Bridge Commissioners (which later became the Harbour Commissioners) were empowered to license pilots on the Shannon Estuary from Loop Head to Limerick City, including all navigable tributaries and inlets. There were two divisions: the western looked after shipping upstream as far as Cain’s Island near Bunratty, where the eastern took over. From that point onwards, said Commander James Wolfe RN in his Sailing Directions, ‘no vessel should attempt to proceed without a pilot’.

Thanks to the Google Books Team, who have kindly permitted me to extract them from a larger document that Google had scanned and placed online, you can download a PDF of the Shannon Estuary, Shannon and Erne sailing directions (from the mid-nineteenth century) here. These directions have not been updated and should not be used for navigation.

The licensed pilots in 1825 included thirteen from Limerick, at the eastern end, and sixteen men from Kilrush, seven from Kilbaha, five from Reinvilla Bay, three from Carrigaholt and one from Loop Head. Tributary pilots were licensed to take vessels up Saleen Creek, the Deel and the Maigue and into Foynes.

Wolfe refers to ‘fishing and pilot hookers’ based at Kilbaha but large currachs (known locally as canoes) seem to have been more commonly used. Quite a few pilots were drowned, some of them while drunk. However, it has not been suggested that that applies to the five pilots who died on one day in 1873, and who are commemorated at Kilbaha. 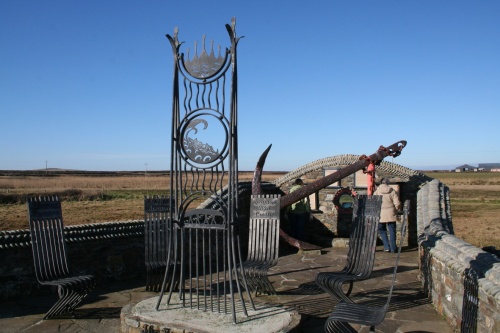 The memorial to the five pilots at Kilbaha 1

The memorial to the five pilots at Kilbaha 2 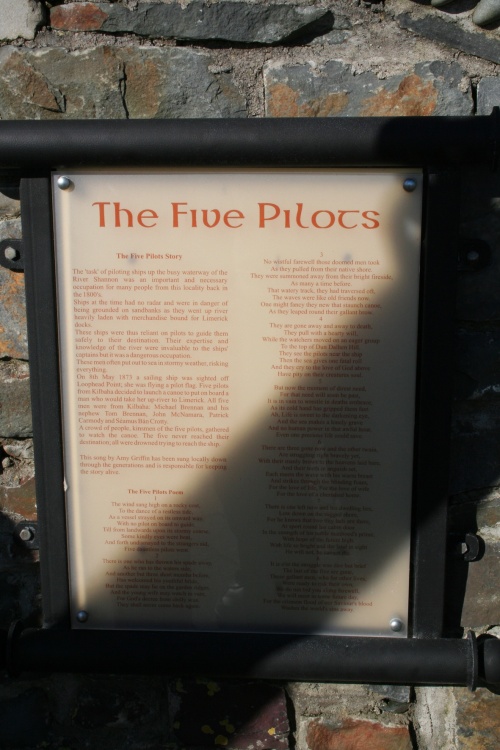 The memorial to the five pilots at Kilbaha 3 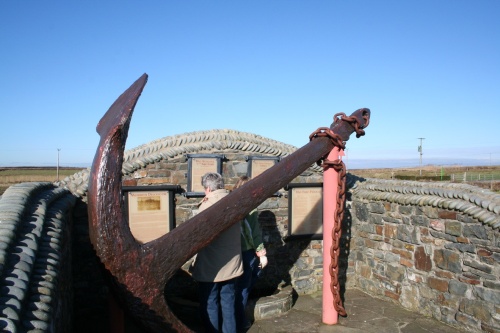 The memorial to the five pilots at Kilbaha 4

In March 1843 the western pilots salvaged an Indiaman called Windsor Castle using their canoes and a pilot hooker; after many months the High Court of Admiralty in Ireland awarded the pilots £5,000 plus their costs and expenses, the award being divided amongst 18 pilots and 16 assistants. Some of the families later used the money to buy land on Scattery Island, near Kilrush, where they based their pilot currachs.

In 1822 Alexander Nimmo designed a small harbour here for the Commissioners for the Irish Fisheries. It was in the bog, with its exposed entrance cut through the beach, and within five years it was abandoned and replaced by the present pier. I read about that in Noel P Wilkins’s latest invaluable book Alexander Nimmo Master Engineer 1783–1832: public works and civil surveys (Irish Academic Press, Dublin, 2009) and decided to revisit Kilbaha to see the old harbour.

The road now runs along the shore behind the beach (and towards the last pub before Boston).

The road to Loop Head

The entrance to Nimmo’s harbour was cut through the beach and through where the road now runs. 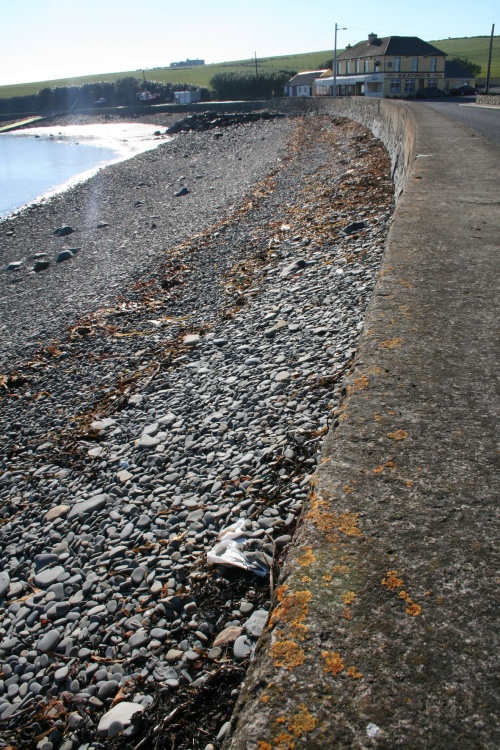 The beach and a wall

And here is what remains. 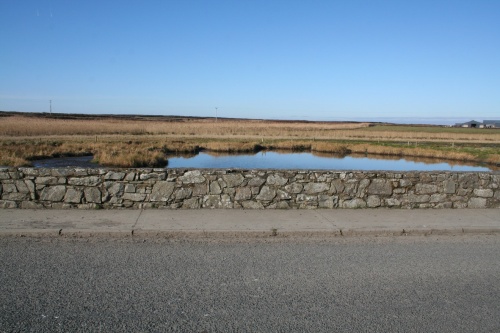 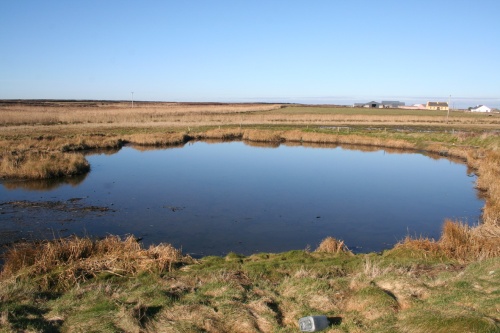 Kilbaha has two pubs and two memorials. Here is the second memorial, which provides an account of some of the history of the area. 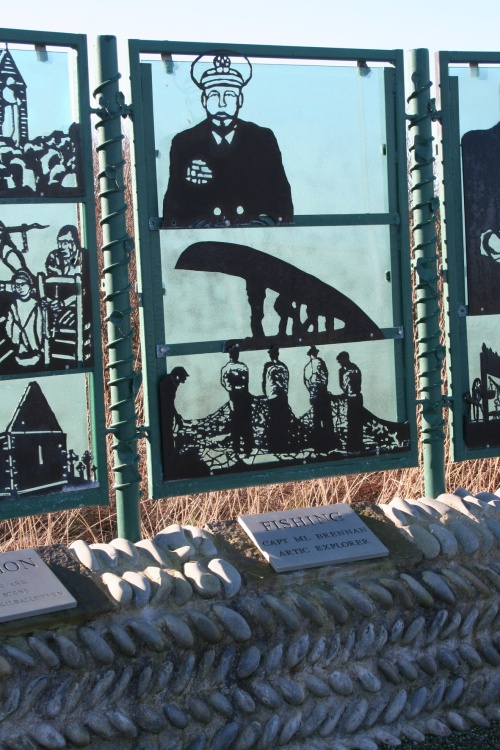 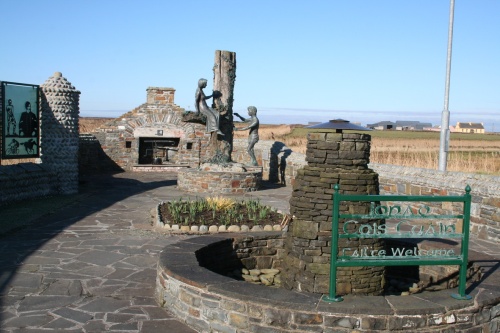 Noel Wilkins points out that, on the west coast of Ireland, smaller fishing boats (‘rowboats and curraghs’) were usually drawn up on the beach, so that they needed only small piers to shelter natural coves; the piers did not need to extend below low tide level. Smaller turf-boats were loaded on the beach and the lightweight canoes could easily be hauled clear of the waves.

Canoe (this one at Querrin, some distance to the east) 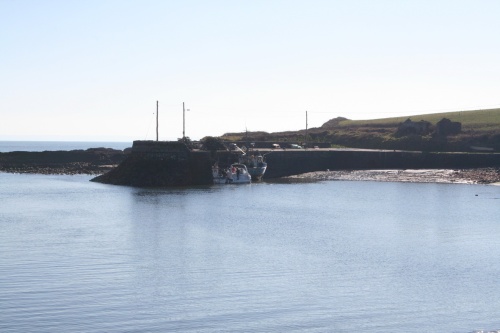 Here are some photos (from 2009) of James Donnell’s pier, which replaced Nimmo’s harbour. Donnell was Harbour Engineer for the Fisheries Commission of the time. On 20 March 1830, in a report on the Fishery Piers, he wrote:

At Kilbaha Pier, in the county of Clare, while even unfinished, the pier saved property and several men from shipwreck, and exclusive of accommodation to the extensive fishery of that district, the agriculture and valuable turf trade of that sequestered place will also derive important advantages therefrom.

And he was right. 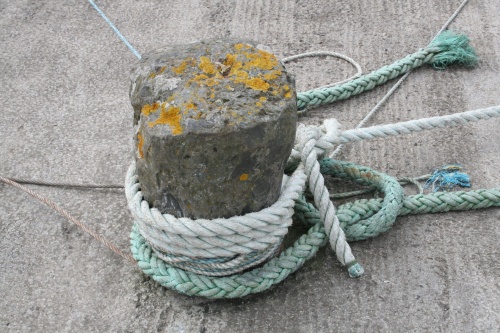 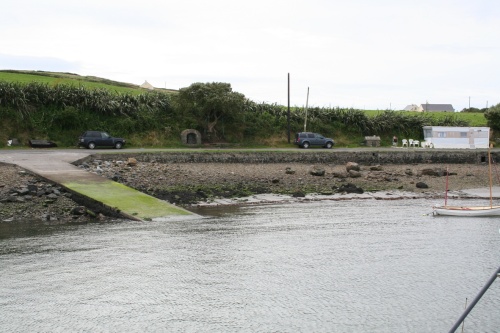 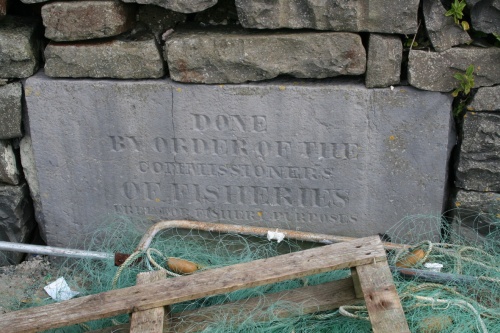