In his The Canals of the North of Ireland (David & Charles, Dawlish 1965), W A McCutcheon mentions Ballyskeagh only once, in a list of Lagan Navigation locks compiled by the engineer Richard Owen in 1813: it shows Ballyskeagh as the eighth lock from Belfast, with a rise of ten feet and nine inches, which made it the deepest lock on the navigation. Drumbridge was the sixth lock, McQuistons seventh and Lambegg [sic] ninth.

Ballyskeagh is between Belfast and Lisburn. You may have to expand and play with this Google map to get it right:

The walk along the Lagan towpath is described here. This page has information about the bridges in the Lagan Valley Regional Park.

Here is the area as shown on the OSI map of ~1840. Ballyskeagh is on a cut across a loop of the river.

You might like to zoom out a bit on the OSI map here [search for coordinates 728774.579, 866905.466; h/t Tony Furnell] to see what else is in the area. Note that the OSI website shows only the map of ~1840 (Historic 6″) and not the later maps; the invaluable Industrial Heritage Ireland blog discusses the issue here. You could try playing with the OSNI maps here [again, h/t Tony Furnell].

Just upstream is the bleach works at Lambeg. In Once Upon the Lagan: the story of the Lagan Canal (The Blackstaff Press, Belfast 1981 and 2000), May Blair says that the Lagan Navigation Company raised the height of the gates and walls of the eighth lock to take boats drawing up to 5′ 6″. That led to a twelve-year dispute with the Lambeg Bleaching, Dyeing and Finishing Company Limited, whose dams and filter beds were flooded; the dispute was resolved (in favour of the navigation company) in the House of Lords in 1925. She says that many of the photographs in her book were part of the evidence produced by the Lambeg company.

One of those photos is on page 16. It shows Lock 8 (Ballyskeagh) in 1925, with what looks like clay about a foot deep on top of the lock stonework on both sides. There is a small hut on the west side. A single bollard is visible, close to the lower gate on the east side; it is wider at the top than at the bottom and seems to be deeply scored by ropes; it may have been used for stopping boats. The gate beams seem to be more slender than those on the Grand and Royal Canals.

The lock now has a sloping weir inside it …

… which makes a fine water-slide for the ducklings, here queueing up for another go

Each of the two lower gates has a single rack (sluice, paddle); the mechanism seems to be similar to that on the Grand and Royal locks, with provision for a key (windlass) to be inserted. There is a footboard for each rack but the footboards are not extended the full width of the gates. Only a small section of one upper gate is visible: it shows a section of a footboard, and a photo of Lock 3 on page 2 suggests that the upper gates had full footboards, again with one rack each side and only one bollard per lock.

The vegetation makes it difficult to get near the chamber

There is a second photo of Lock 8 on page 18, looking up to the upper gates; it confirms the suggestions made from that on page 16. There seems to be a bollard above the gate on the west side; perhaps it was used to slow boats going downstream into the lock.  A second photo of Lock 3, on page 94, seems to show a second, smaller bollard just inside the upper gates, but that is the only instance I can find of a second bollard inside the gates. Apart from that, all the photos seem to suggest that locks were of the same pattern:  a hut, two gates at each end, one rack per gate, no land-racks, one bollard inside the gates on one side, non-continuous footboards on the lower gates and continuous on the upper. 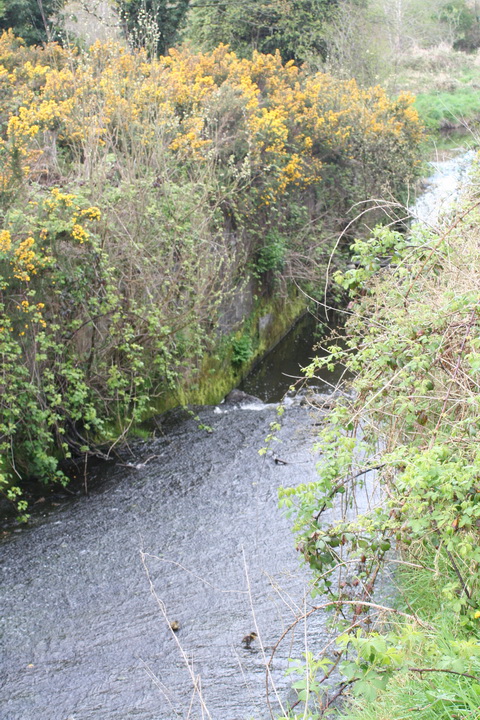 May Blair’s page 16 photo also shows a lighter, with sheer-legs and monkey-mast rigged, unloading coal in a lay-by just below the lock.

Looking up into the lay-by from below the lock 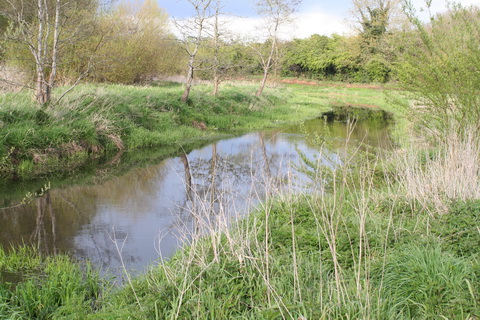 Looking downstream from the same point

The extraordinary and elegant sandstone bridge is just upstream of the lock.

The bridge from downstream

The girders are on a footbridge beside, and just downstream of, the road bridge; it keeps pedestrians away from the traffic. It was built by McLaughlin & Harvey. 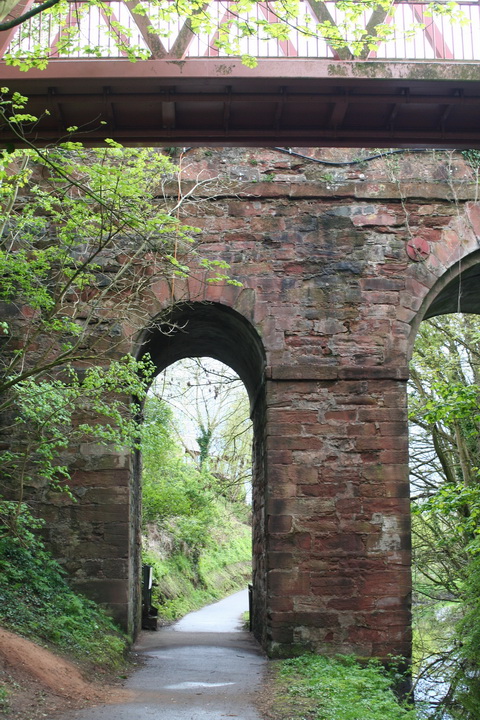 The towpath arch is slightly lower than the navigation arch 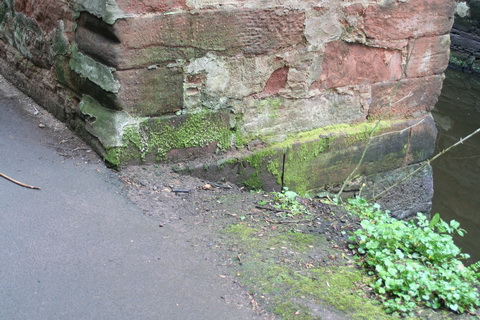 The two arches from upstream

The towpath arch from upstream

There are more photos of the bridge here.

May Blair tells us that, in 1884, Ballyskeagh [No 8] lockkeeper William Ward changed places with his son Arthur at No 7 because of “the heavier duties and long climb up to the lock-house at Ballyskeagh”.

You can see what William Ward had to put up with, especially as the Omer lockhouse is even higher up. 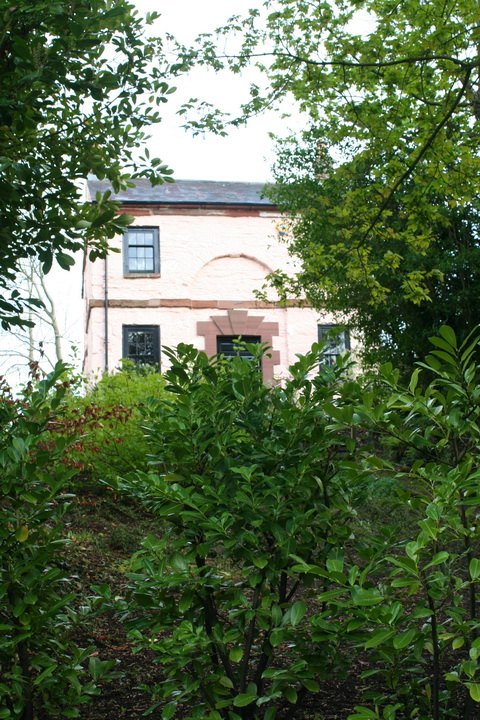 The Omer lockhouse from road level

The climb to the lockhouse

The restoration of the lockhouse by Hearth is described here.

I am very grateful to Frederick Gilbert Watson for introducing me to Ballyskeagh. Pages from his Building over the centuries: a history of McLaughlin & Harvey (Nicholson & Bass, Belfast 2010) can be seen here; click on the icon for that book title.