The history of “vernacular” craft — locally owned and operated — on Irish inland waterways has not been researched properly (as far as I know). I am thinking of relatively small vessels carrying relatively small cargoes over relatively short distances: across a lake, for instance, or to and from the largest local town.

One aspect of which we know little is that of propulsion. Oars were used, as were poles in shallow (or in tidal) waters, but so were sails. From such drawings as I have seen, the dominant rig (on non-tidal water) was a single square sail. This page is intended to allow such illustrations, and any other information, to be collected in one place and to be added to over time.

A note: there is a photograph of a small barge on the Barrow travelling upriver under a single square sail. The photo may, however, still be in copyright, so I have not included it here.

The sheets (or whatever controls the clews or bottom corners) seem to be inside the boat, making the sail very baggy at the bottom. There is what might be a brace going to the starboard end of the boom. 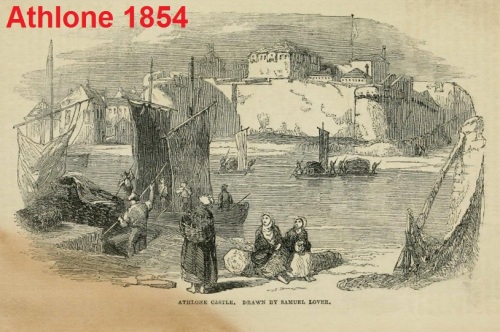 Note that poles are being used: there seems to be very little wind. 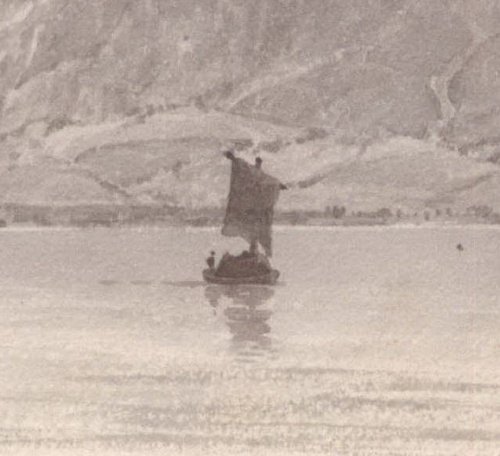 The mast and yard look disproportionately thick, which might be because of the artist’s choice of implement. The bottom of the sail is well clear of the deck, allowing a cargo of what I presume is turf (peat used as fuel) to be stacked high on deck. There were several reports of accidents to such boats in the second quarter of the nineteenth century.