Cooneen was probably the most interesting of the places we visited in 2015.

Cooneen in close-up, showing the mill and the quay

One of two caravans on site

There were some boats on site 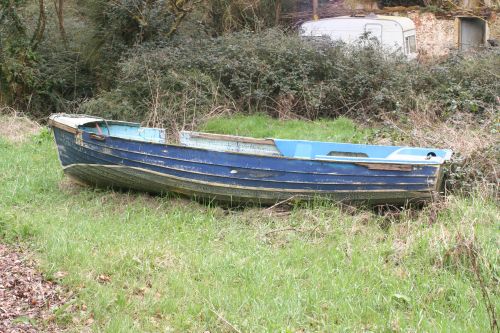 Someone had cut a chunk out of this one 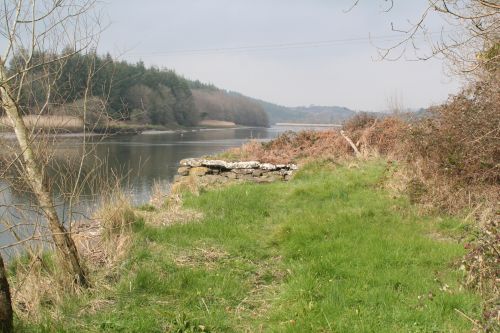 The remains of the quay

Looking into the cove from the quay

A new-looking building close to the quay

The new and the old: the mill chimney

There’s what looks like a modern house above the new-looking building. We didn’t go near it

I think that the left-hand channel is where the water-wheel was; the right is the undiverted millstream

Very often mills used water-power when it was available, with a steam engine in the drier months. That may have been the practice here. The close-up map shows a sluice where water could have been diverted from the stream to the water-wheel. 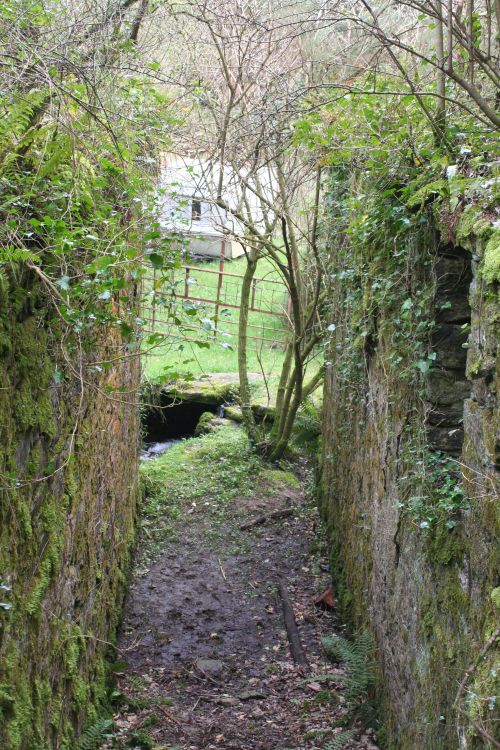 The wheel-pit (I think) looking downwards

The side of the wheel-pit. Presumably the works were in the building on the right 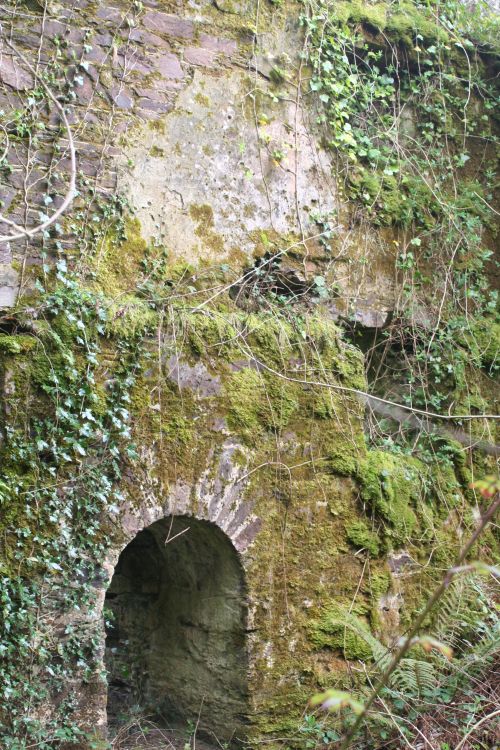