Athassel Abbey: inside looking out

The Augustinian Priory at Athassel was founded in around 1200 by one William de Burgo and dedicated to the English Saint Edmund. It is close to the village of Golden, which is about half way between Tipperary Town and Cashel.

Athassel was within the bend of the river, islanded by a channel that powered its mill (or mills) and may have watered its fish-ponds.

The bridge over the channel

There was also an entrance from the far side of the Suir, via a ford guarded by a motte.

If you decide to visit Athassel — an excellent thing to do — be warned that there is very little space to park safely: possibly just one space at the top of a lane.

The choir or chancel

Part of the west front 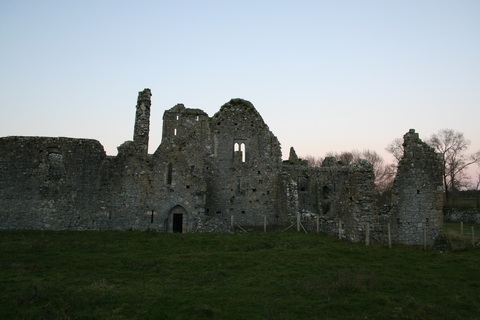 View from the south, with the latrine block at the right

The Priory had a (small) town around it, and that too seems to have altered over the years.

The chancel or choir from the north 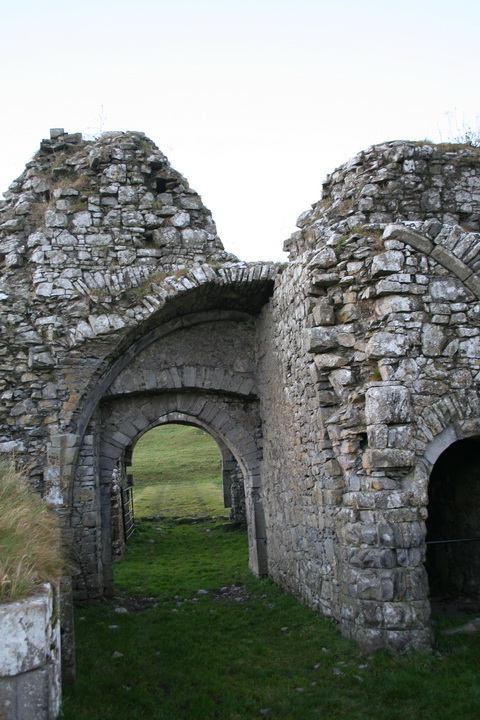 From the fourteenth century onwards Athassel was in decline …

Inside the choir or chancel

… and the Butlers of Ormond had replaced the de Burgos as the most influential family. After King Henry VIII dissolved the monasteries in 1537, the Butlers took over the lands and other properties.

But the really extraordinary thing about Athassel … 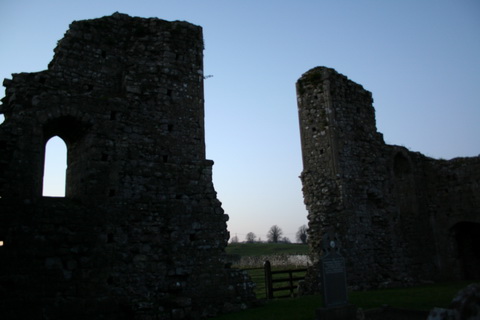 … at least from the waterways viewpoint … 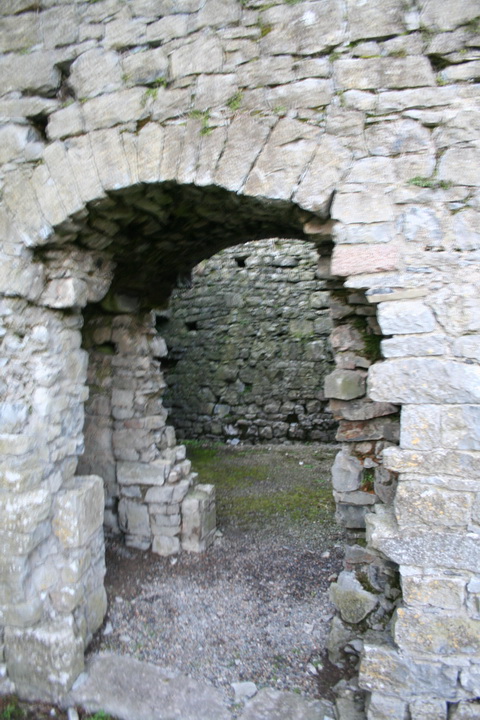 … is that Dundry stone was used for sculptural (but not for structural) work.

Now, that may mean as little to you as it did to me, until I looked it up and found that Dundry is in Somerset, on the Bristol Channel. The stone could have been taken from there to Waterford by sea and it must have been hauled up the Suir from there.

In the last century, the horse-drawn traffic up the Suir to Clonmel ceased, and Carrick-on-Suir became the effective head of the navigation. But Athassel is at least another twenty miles upstream from Clonmel, and cargoes were brought up there seven hundred or so years ago.

This is the sort of thing that shows us how little we really know about the history of inland waterways. As Fred Hamond points out in Survey of Lower Suir River: Tinhalla to Knocklofty Bridge Part 1: Built Heritage, Volume 1: General Overview (downloadable here):

Shallow-draft  vessels plied between Waterford, Carrick and Clonmel for many centuries, well before these towns become centres of industry and commerce in the 18th and 19th centuries. As far back as 1537, the citizens of Clonmel were complaining that the various fish weirs across the river were obstructing traffic.

But they went further: to Cahir and to Athassel. How did they do it? I imagine that there were three aspects:

The number of waterways used for transport was probably much larger than we think: what might look non-navigable to us might have been manageable by older generations.

My source for the information on this page is the Conservation Plan: Athassel Augustinian Priory, County Tipperary prepared by Margaret Quinlan Architects for the Office of Public Works in (I think) 2008. The photos are mine own, as is the responsibility for any errors in interpreting the information in the plan.

One response to “The stones of Athassel”