The crane at the Pill

Visiting Waterford recently, for the first time in some years, I was able to admire the see-through flood defences …

… which, unlike those in Clonmel, allow you to see the river. However, St John’s Pill, full of boats in 2007 …

Now you see them

… was now all but empty, for reasons that Pirate Benjamin the Bitter explained in a comment on this page.

Some boats were moored around the corner on the Suir.

I was at the corner of Scotch Quay and Canada Street. Interestingly, on the older (~1840) Ordnance Survey map, the entire quay was named Georges Quay … 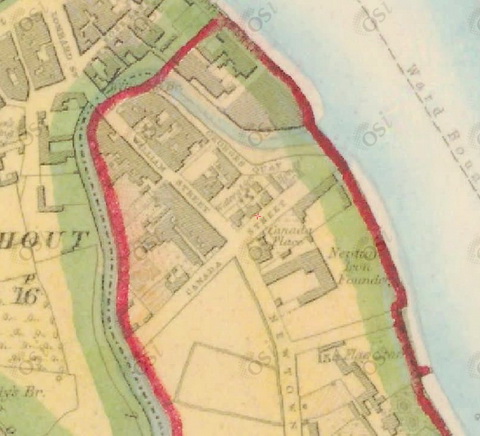 … but on the later map (~1910), and on the modern OSI map, that name seems to be confined to the stretch near the bridge, with Scotch Quay used of the downstream section at the confluence with the Suir.

Note the crane marked on the map.

The crane and the see-through defences

It’s listed in the National Inventory of Architectural Heritage, although the description seems to have been written by a non-technical person. There are more pics here (and below). The crane is also on the Record of Protected Structures for Waterford City, but unfortunately that Record is not available on tinterweb.

As a result, I don’t know who made the crane or when it was made; I would be glad to hear from anyone who does know [leave a Comment below]. I would also be glad of suggestions from anyone who can provide a better technical description of the crane and its parts. 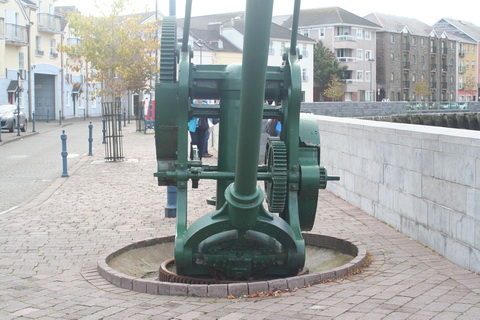 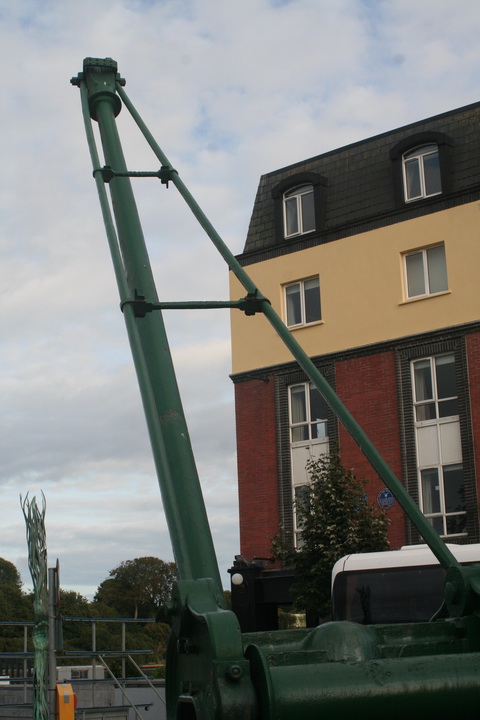 LOAD 7 TONS is cut into the metal 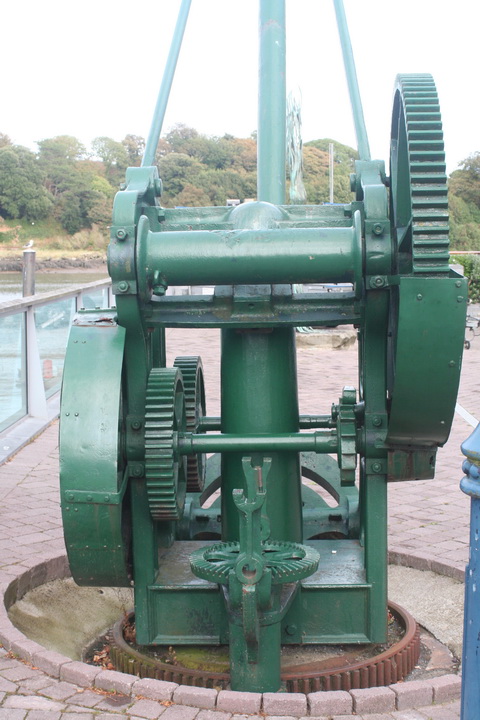 Sliding winding mechanism (I think), determining whether the drive goes to the large wheel on one side or on t’other

24 responses to “The crane at the Pill”