ttleHere are some photos of traditional boats of Irish inland and estuarial waters. This is nothing like a comprehensive account; for the full story get the book Traditional Boats of Ireland: see www.tradboats.ie.

Several of the traditional boat types were involved in commercial fishing, mostly small-scale salmon-netting. That has now been banned, and it seems that many of the boats have now been removed from the water. If they dry out unduly, they may never sail again. However, the anglers’ boats are still in use, and there are still some wooden “lakeboats” around, although GRP (fibreglass) is now much more common.

There are some photos of larger wooden boats, mostly motor-cruisers, here and here.

There are photos of a replica Shannon Estuary turf boat [Seol Sionna] here and of a Slaney cot here.

Added some maps and some photos of Cashen gandalows.

Added a photo of an Erne cot, kindly supplied by Tina of Wasserrausch. Her website has material on Irish waterways in both English and German, and lots of photos. The copyright in the photo used here is owned by Wasserrausch and I am very grateful to Tina for permitting me to use it.

Here is a traditional wooden lakeboat that has been repaired by John-Joe Quigley and his son John: see my page on The boat-builder’s heritage. 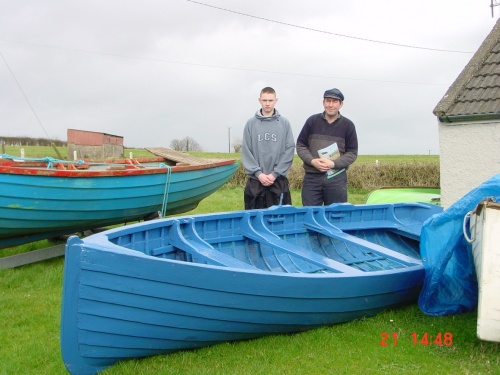 On the “three sisters” rivers of the south-east, the Barrow, the Nore and the Suir, slim cots were used for snap-netting. Here is a Google map, on which you should be able to see the Suir coming in from the left, passing through Carrick-on-Suir and then turning seaward through Waterford. It is joined by the Barrow, coming down from New Ross; above New Ross the Barrow is to the right, tidal as far as St Mullins, and the Nore is on the left, tidal to Inistiogue.

Here is a pair of boats snap-netting in Carrick-on-Suir, drifting down with the tide. In each boat, one man uses the crude paddle while the other holds one end of the net. When a salmon is felt to hit the net, the fishermen snap it shut, trapping the salmon. Or they did, before it was banned. When several pairs of boats were active, they would drift down in a line; a boat that had taken a fish would fall out of the line and rejoin at the end.

Here are some cots ashore in Carrick-on-Suir.

A cot ashore in Carrick-on-Suir

There were differences in design, not only between cots on different rivers but also on different stretches of the same river, to take account of local conditions and fishing methods.

The next two photos show two cots, stacked one on top of the other, at Inistiogue, which is the head of the tidal navigation on the river Nore. These boats may have been used for salmon-fishing; they may never be used again. 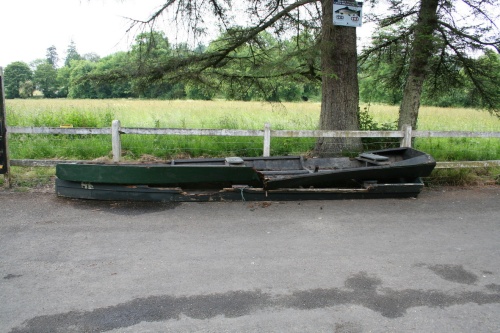 Happily, not every Nore cot has been taken out of the water. I don’t know the name of the place where I took this next photo, but perhaps the Ferry King might be able to tell me …. Note the differences in size and design and, again, the interesting seats.

And here is one from its tributary, the Bride. This was taken at Camphire Bridge. 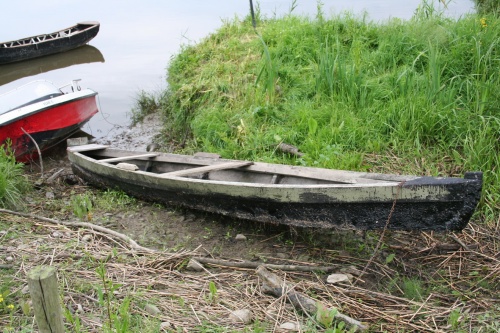 In that photo, you can see the stern of a small boat afloat. Here’s another photo of it. I don’t know how to describe it. 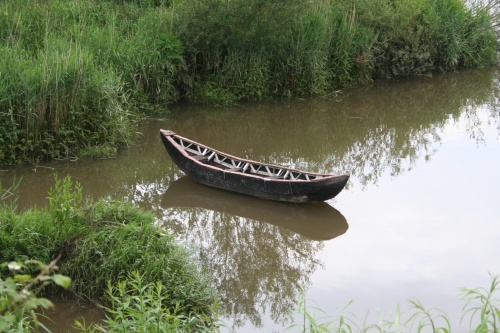 This is a cot at Castleconnell on the River Shannon. It may be a shorter descendant of the brecaun that was used for snap-netting on the Shannon. This boat is removed from the river every winter and returned, freshly painted, every spring. 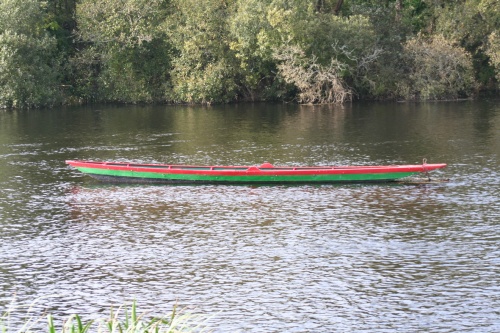 Incidentally, these slim river cots are to be distinguished from the wide-beam vessels, also called cots, that were used on several of the lakes and on some rivers for carring turf, hay, cattle and even funerals.

I think that the Erne cot’s sloping end was designed to make it easy to run the cot ashore and load or unload animals. However, I think that traditionally, when cots were rowed, the slope was at the stern rather than at the bow.

The name cot was also applied to vessels that carried sand into Limerick from the Plassey area. Here is a colourful fishing-cot tied to a reproduction sand-cot at Plassey. At the time when the photo was taken, fishermen were protesting about the University of Limerick’s proposed new bridge, which has since been built.

On the Boyne, coracles or currachs were used, and Claidhbh and Sinead O Gibne of the Boyne Currach Centre (which is a wonderful website, by the way) are keeping the tradition alive. Here is Claidhbh with a coracle. 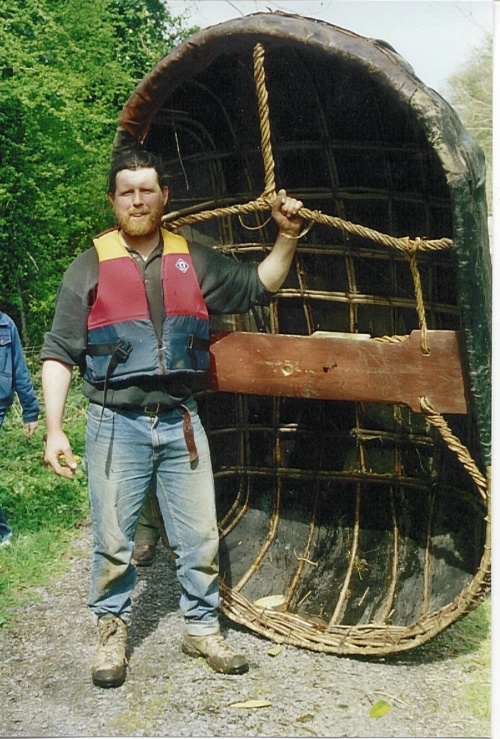 At several places on the upriver section of the Shannon estuary, gandalows were used for fishing, reed-cutting, inter-island transport, servicing lighthouses and carrying pilots. At Bunratty, the boats are mounted on boat-stands. 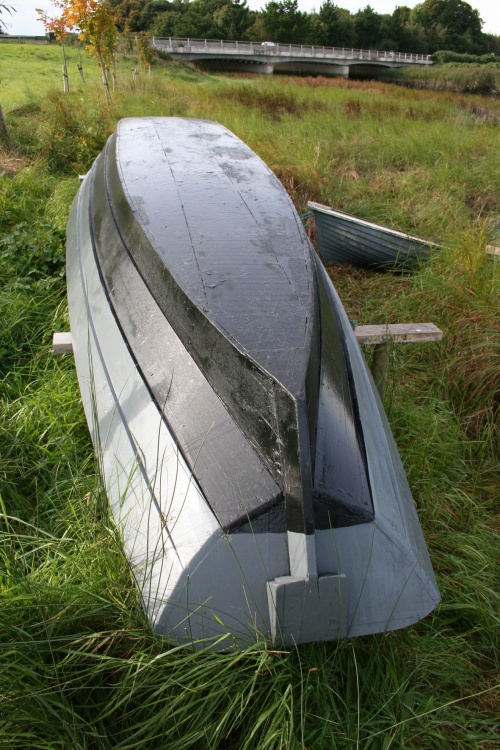 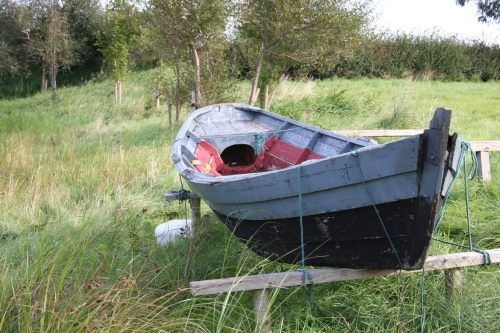 Clarecastle (formerly known as Clare), at the head of the Fergus Navigation, was the port for Ennis, and coasters used its impressive quay. Now, with the ban on fishing, it may be that even the gandalows will desert it. 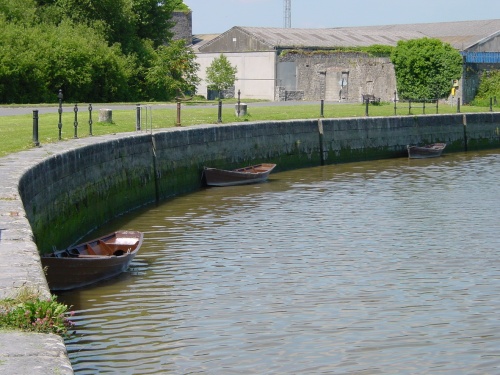 The quay at Clarecastle

Here are three views of one of the gandalows. 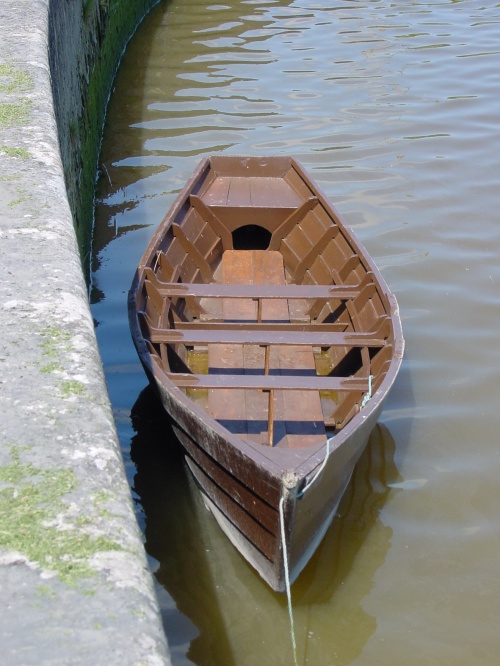 Gandalow from the bow. Note how it is tied 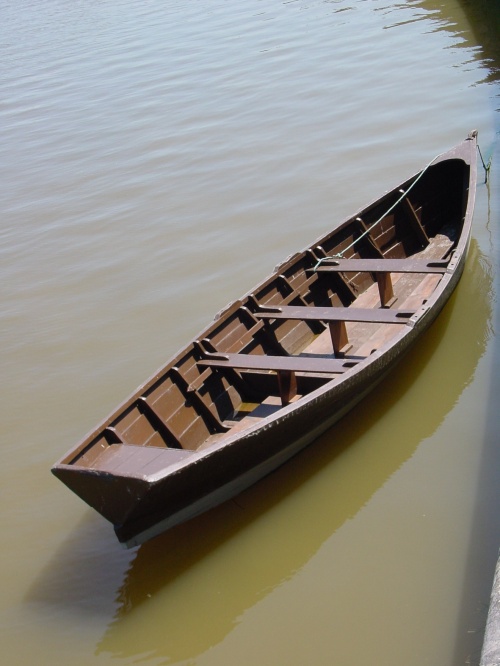 The lift at the stern

Here are two views of a new gandalow at St Michael’s Rowing Club in Limerick. 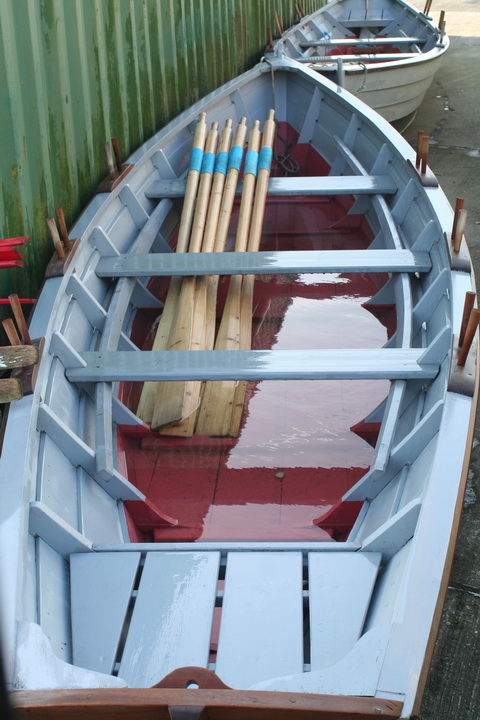 This is a Co Clare gandalow at Massy’s Quay on the River Deel in Co Limerick.

Clare gandalow on the Deel

Close-up of the grey boat

Here’s one from the south side of the Shannon estuary, on the Maigue at Ferrybridge.

The Cashen is a tributary of the Shannon Estuary, flowing in on the south (County Kerry) side, and gandalows were used there too. It is much closer to the open Atlantic and there are stony beaches to be contended with, so there are some differences in design between the Cashen gandalow and its upriver cousin. Here are some photos taken at Cashen Bridge in February 2010. 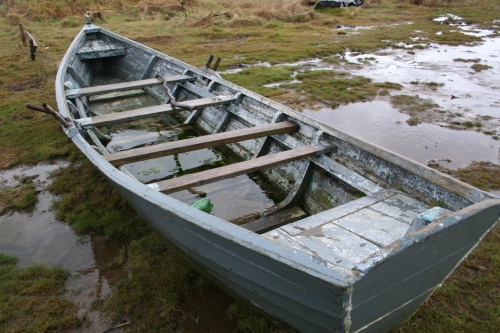 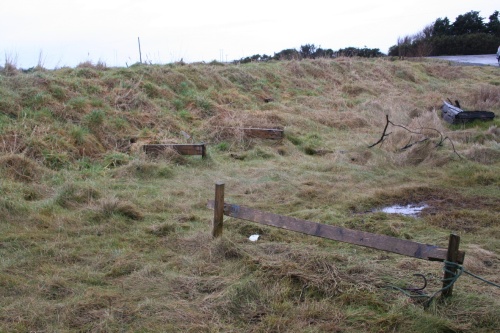 Finally, I know it’s neither inland nor even estuarial, but that’s the problem with Galway: the river, lake and (unusable) canal are very close to the sea, and you might see one of these …. 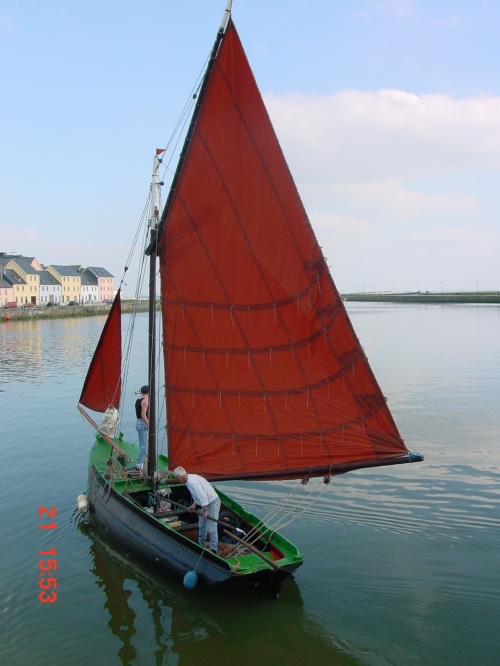 22 responses to “Traditional boats and replicas”