Each of the two lower gates at Victoria Lock, the sea lock on the Newry Ship Canal, has two gate-racks [paddles]. This Google Map should show the lower gates: 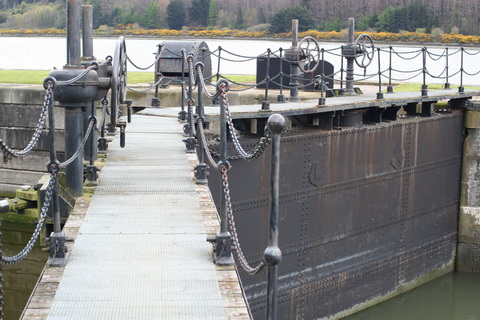 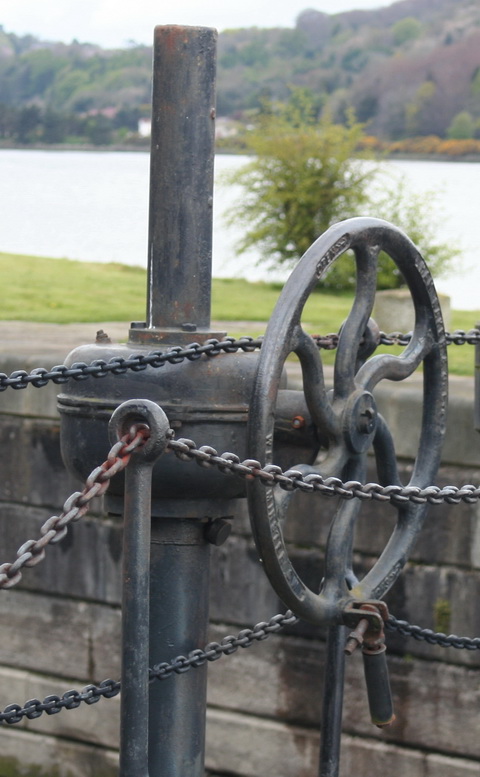 The racks are wheel-operated. I suspect that the bolt attaching the handle here is not original

While the two mechanisms on the east-side gate seem identical, one looks as if it is mounted higher up than the other 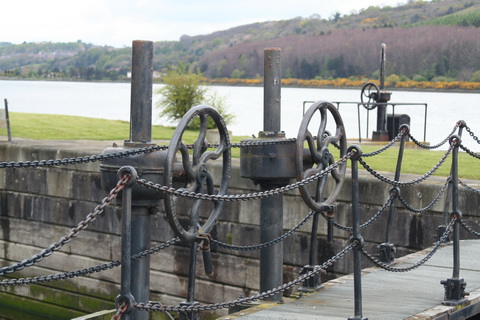 The two mechanisms on the west gate are not identical. I suspect that the one on the right is a cruder replacement for a damaged original 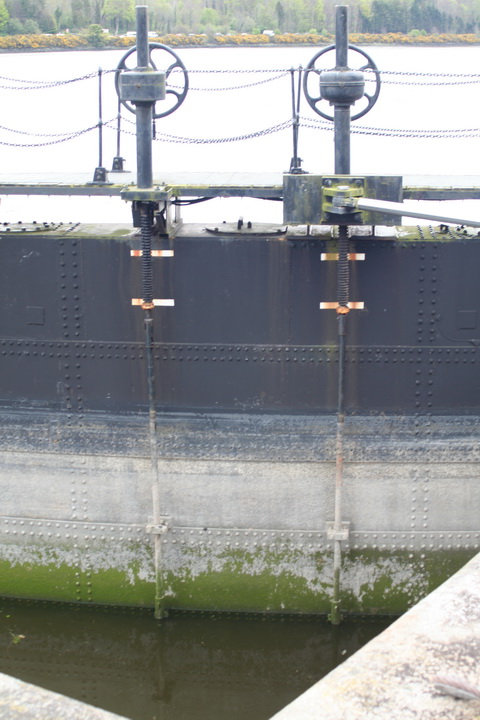 I presume that the vertical shafts are raised within the upper cylinders but I'm not clear why that protection was thought to be needed. Is it because of the sea air? Note what I take to be hydraulic hoses underneath: presumably the modern lockkeepers don't have to wind the wheels 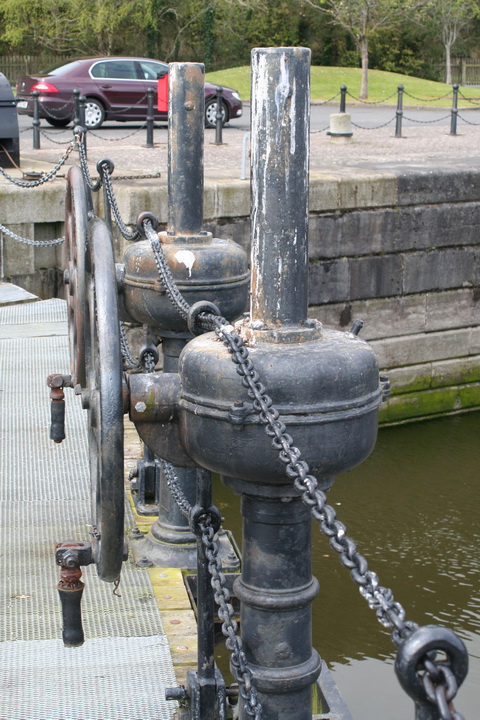 And no doubt the wider parts protect the mechanism 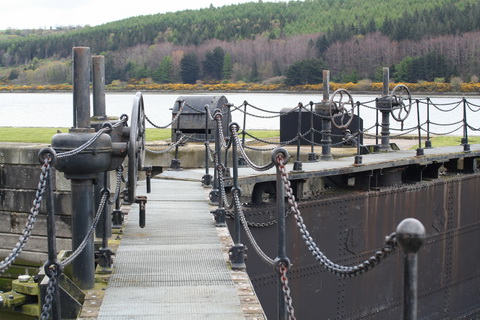 Plenty of room to operate the wheels (back in the day)