Ballynaclash is another of the standard quays serving the import and export trade. It’s further upriver than Ballynatray and on the east bank. 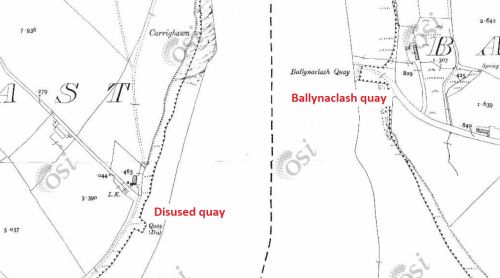 This is a photo of Ballynaclash quay taken from the opposite bank, where I reckon the old quay was, but there is a slipway there now 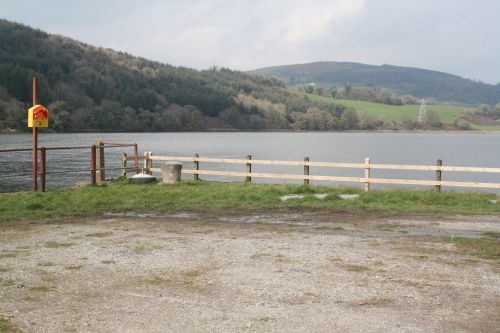 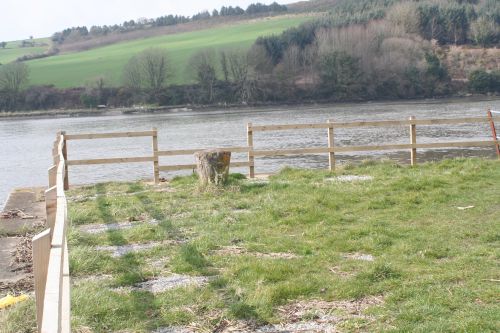 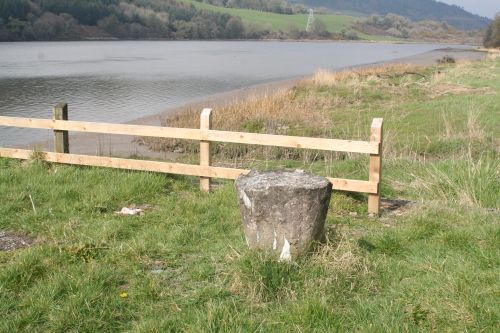 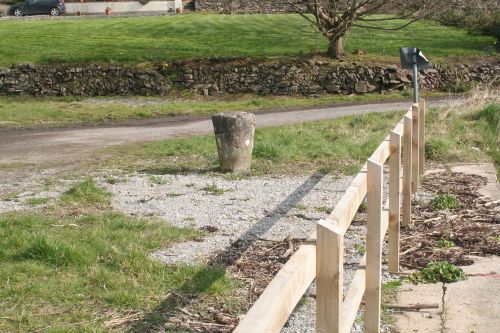 The bollards are more in keeping with what would be expected for quays at which seagoing vessels tied up: the rings, which are all that remain at Villierstown and Dromore (or all that my photos show), don’t seem substantial enough to hold large sailing vessels.

… though some are missing …

… and some look as if they have been reset 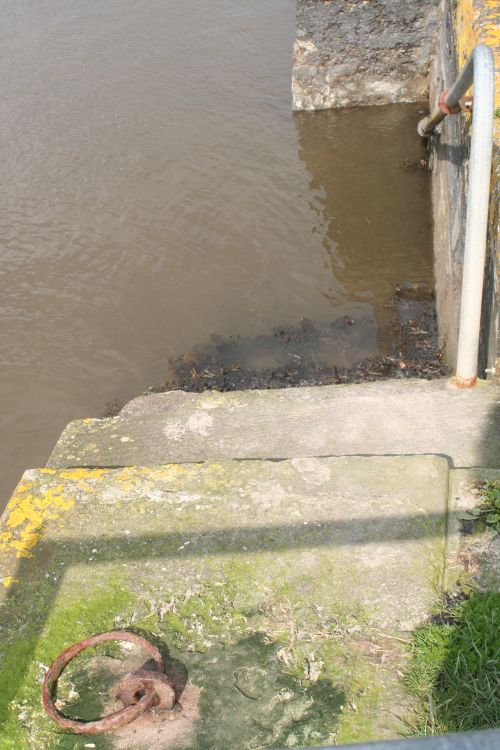 The slip at Newport East 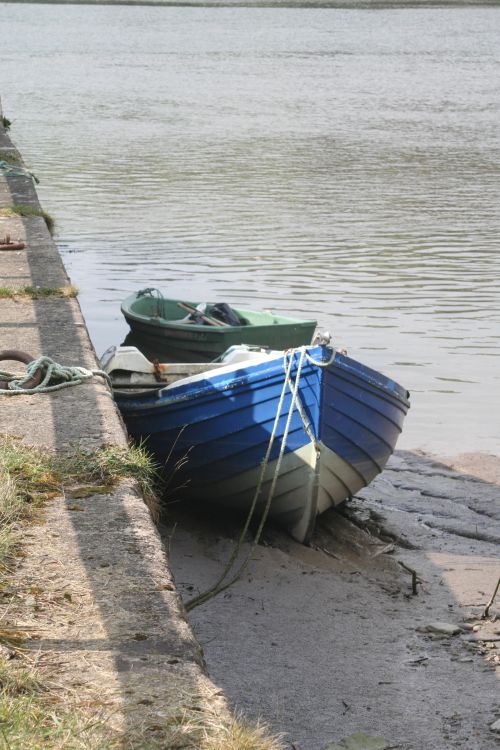 I can’t remember noticing, and my photo doesn’t clearly show, whether there is a slip there (as at Dromore and Villierstown)

This would probably need a crane to launch it

A mooring in preparation 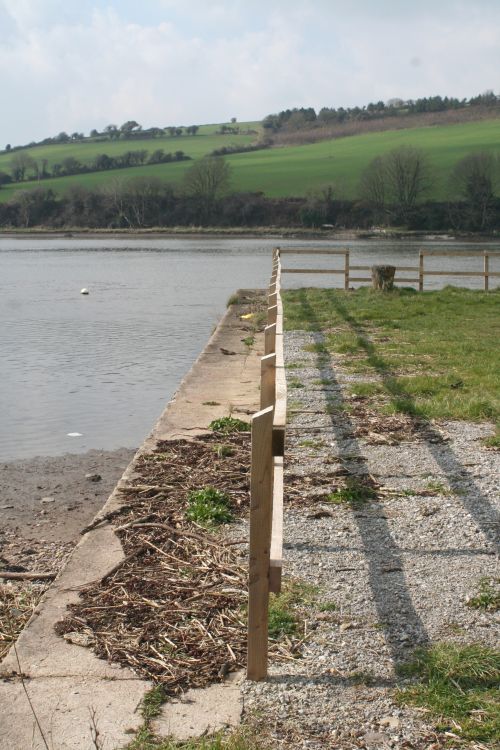 The downstream edge of the quay

Repair needed. I don’t know who owns or manages the various quays 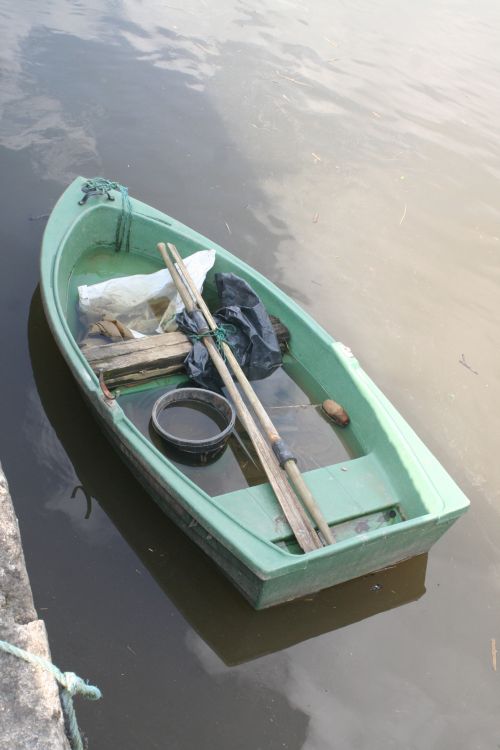 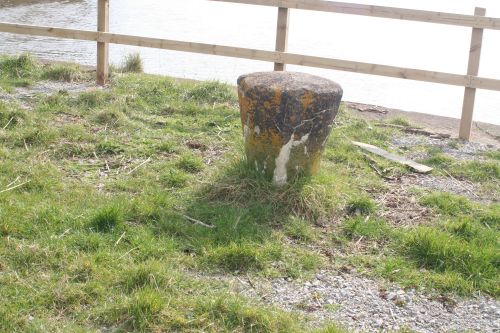