I’m never quite sure about heritage. I know it’s generally a Good Thing, but it’s often difficult to feel any connection to ruined castles and abbeys and big houses and so on. Old boats and locks are easier because you can see them in action and appreciate what they do: there is still some life in them. And I felt the same sense of connection, of living heritage, when I stood inside a small shed on the Inner Lakes above Athlone.

You’ll see the shed in the photo. It’s small and low-sized, with a Belfast Truss roof and double opening doors; I had to stoop to get in. When I saw it first, there was a wooden lake-boat inside it, a workbench down the right-hand wall and just enough room to walk around the boat. It was fairly dark, but low windows gave very good light along the bench. There were tools and guides and wood in the roofspace and along the wall above the bench – and lots and lots of sawdust.

The shed was built by one Peter Quigley around the time of the Famine (1845–1848). He had served his time in Belfast and returned to the Inner Lakes to build what we now call lakeboats, and I was shown around by his great-grandson, John Joe Quigley, a fourth generation boatbuilder, still using the same small shed.

Making use of space
The lakeboats of Peter Quigley’s day had a lower freeboard than their modern equivalents: in the days before outboards, a lower boat caught the wind less. The boats were used for fishing and as a means of transport between the islands and around the inner lakes.

More tools
Peter’s son was Henry: we know that he got married in 1895. He was a boatbuilder and a carpenter: he made his own tools, including a large number of planes that are still usable today. He worked on boats for Lord Castlemaine at Moydrum Castle near Athlone; he also built some bigger boats including a predecessor of the Shannon One-Design (SOD) sailing boat, with a squarer centreboard. 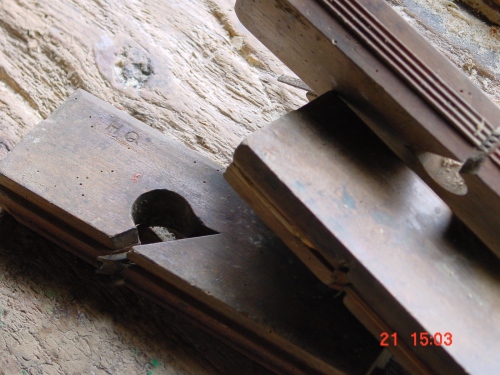 Some of Henry Quigley’s planes

Henry’s son Thomas (1901-1989) devoted himself mostly to carpentry but continued to do a little boatbuilding. Thomas’s son John Joe, the present incumbent, served his time with his third cousin Peter Quigley of Killenure (their great-grandfathers were brothers), building lakeboats and SODs, then worked at Portaneena until, four years ago, he started up his own business – or rather businesses, for John Joe actually has five separate activities. 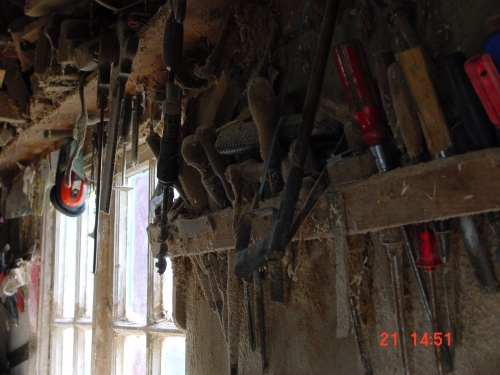 Tools on the walls

Perhaps the most remarkable is the making of wooden oars: he produces ten pairs a week. Two short pieces of deal are glued and clamped to either side of a longer piece; the oar is shaped with a bandsaw before being planed. Although power tools are used, the oars are really handcrafted. 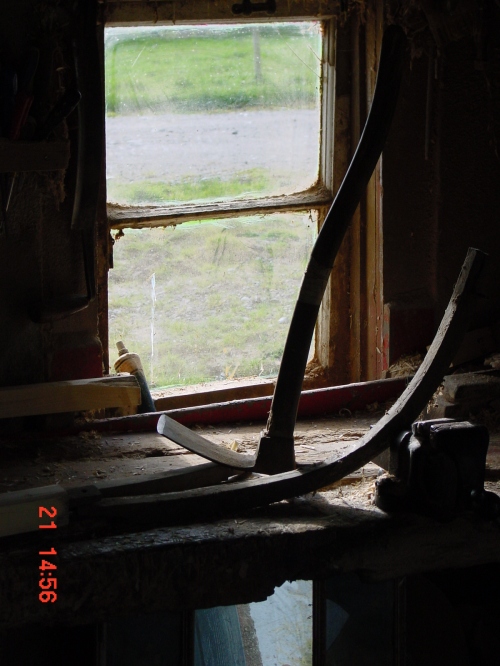 An adze
John Joe also builds and repairs lakeboats. Working singlehanded, he can build a wooden lakeboat in ten long days. The building starts with the keel and the stem, to which guides are attached: the guides from his great-grandfather’s time are still in existence but they are shorter than their modern equivalents, reflecting the lower freeboard of those times.

There are eight planks on each side of the boat, lapped as the boat is clinker-built. When the hull has been completed, the guides are removed and the ribs are put in before the gunwales are added. Stringers are put in to support the seats, then knees above the seats, and finally the flooring. 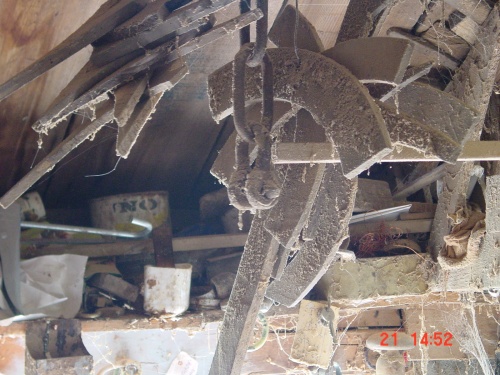 Nowadays, there is little demand for wooden lakeboats: the process is labour-intensive and the components are expensive. However, John Joe also fits out fibreglass boats: he will buy in the hull and fit the timber work. He also repairs boats and rents out lakeboats with outboards.

Awaiting use
The land where the shed is has been in the family for generations, but five years ago John Joe bought some more of the lakeshore, commissioned an Environmental Impact Study and began building Inner Lakes Marina. He now has sheltered mooring space for 30 boats, with good hard standing and power available.

Living heritage: a boat shed now in its fourth generation of use, tools in their third, a craft continued. But the really important heritage is not in the tools or the building: it is in the people, continuing to make a living in their own place. 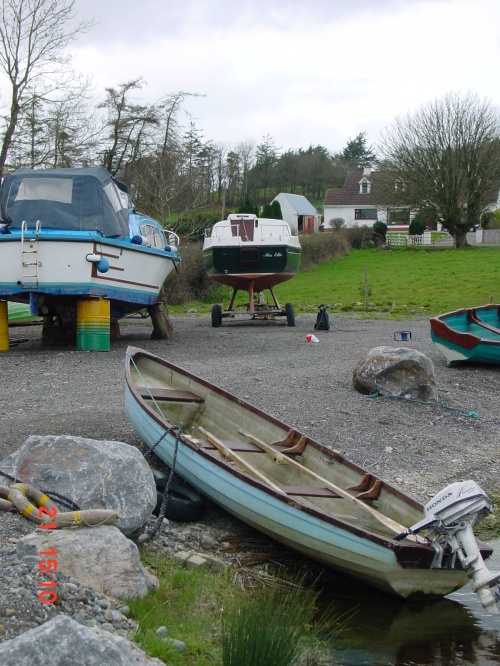 And good luck to John Joe’s son John: he’s building a boat for his Leaving Certificate. 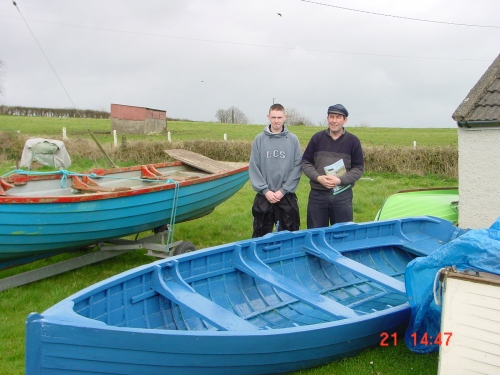 18 responses to “The boat-builder’s heritage”