Tralee is the capital of County Kerry, the south-western corner of Ireland. In 1828 funding was sought for a canal to link the town to the sea at Blennerville. The canal, only about 2 km long, opened in 1846; it closed in the 1930s when a deepwater quay was built at Fenit.

The canal was restored in the 1990s/2000s by the Office of Public Works, for around IR£1,000,000, but is, I think, controlled by Tralee Town Council and Kerry County Council. The town basin seems to be called a marina but the term “Tralee Marina” seems to refer only to a block of flats. I am open to correction on all of that. I would also like to know who the lockkeeper is, how he or she is to be contacted and what the canal charges are. Reliable information on the size of the lock and the depth of the canal would also be useful.

There is an interesting account of the canal here, but I think the author is wrong about the bridge: the Ordnance Survey map shows it as a swivel bridge. This page mentions an article about the canal.

Here you can see the whole of the canal, running from Tralee (on the right) to the sea at Blennerville on the left. You may have to select the larger image and move down and to the left a bit: I can’t work out how to get these links to start in the right place.

The road runs alongside the canal as far as the swing bridge. You can walk down the north bank from there to the lock; there is also a road that leads to the lock.

Tim Boddington of Bollington has very kindly sent me his photos, taken during restoration work on the lock — and in sunshine. I have inserted some of them below. Many thanks to Tim.

The upper gates. Note the railing along the lock on the far side

I presumed that the paddle mechanisms were the vertical red things about half way along each gate, with (again, I presumed) hydraulic hoses leading to them. And so indeed, from Tim Boddington’s photos, it proves to be. 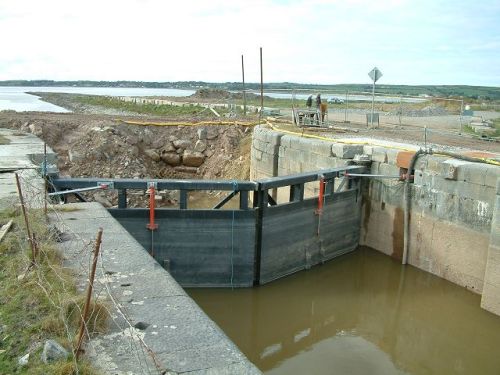 The other side of the upper gates 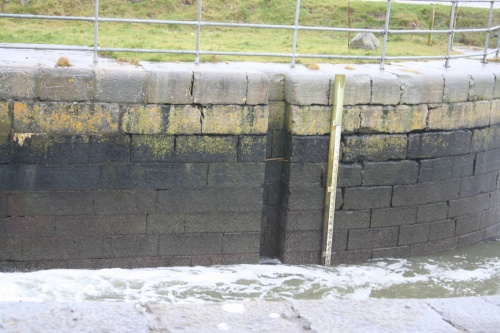 Groove for stop-planks below the bottom gates. The restorers used bunds rather than stop-planks 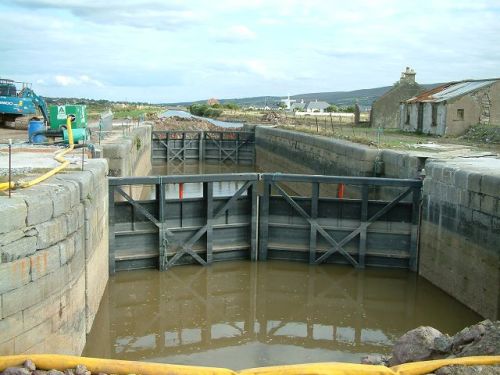 The lock being restored (Tim Boddington)

The next photo shows the view out to sea.

Stone bollard at the downstream end of the lock

That bollard is one of the few pieces of lock furniture visible. In the next photo, there is no sign of any bollards.

Looking back up along the lock chamber 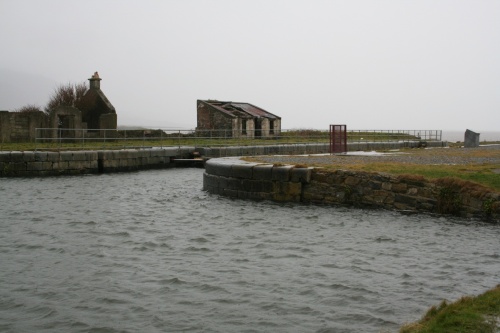 The basin above the lock 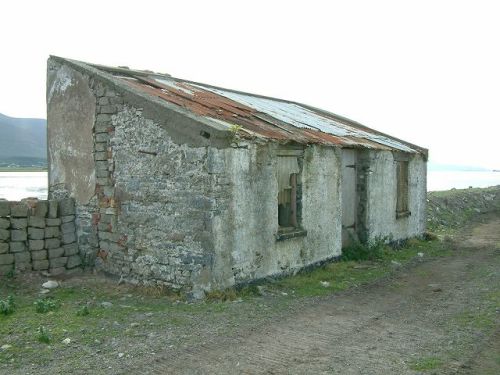 Close-up of the shed (Tim Boddington) 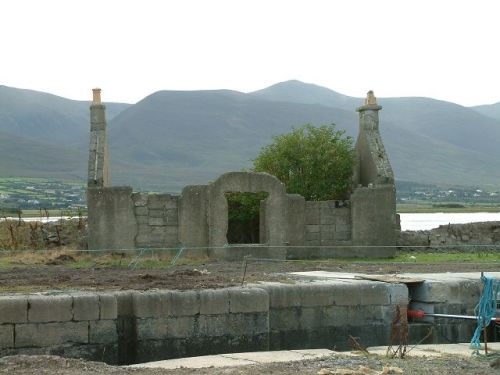 The lockside cottage (Tim Boddington). This is not the lock house (see below)

Looking out to sea over the lock

Is that an overflow or something?

Note the effects of the wind. It must have been fun working a sailing ship along here 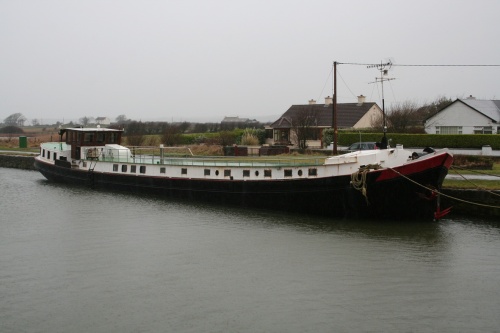 The only boat on the canal: a barge tied at the quay below the swing bridge 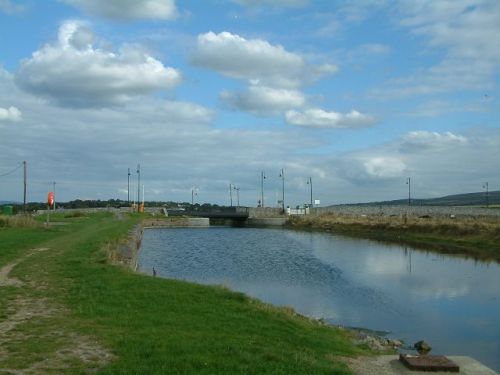 The downstream side of the bridge

The upstream side of the bridge, with Blennerville windmill in the background

Here's what it's like when it's not raining (Tim Boddington) 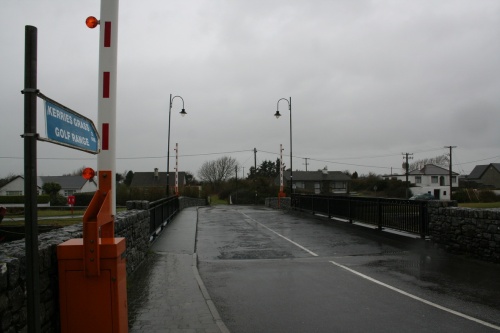 Modern barriers and other equipment 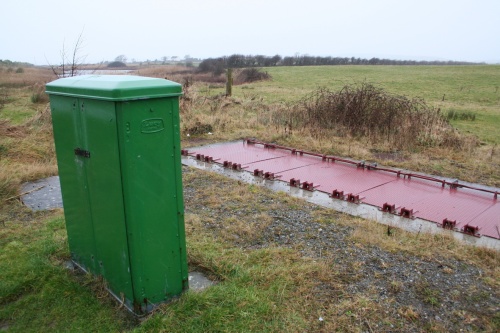 Could this lot be part of the bridge mechanism? 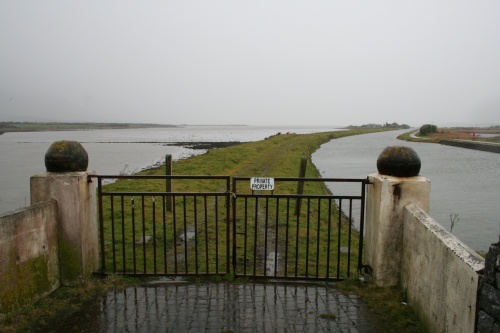 Looking upstream from the bridge towards the town 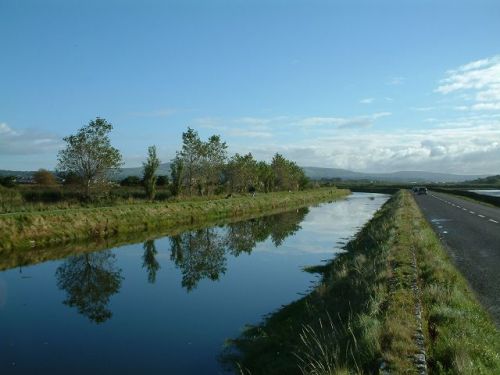 Looking towards Tralee when it's not raining (Tim Boddington)

The other side of the basin

There is another Tralee-related story here.