Much of the west bank of the Shannon, northwards from Portumna to Meelick, is embanked. The purpose of the embankments is

According to the Heritage Council’s Waterways Corridor Study 2006: a study of the area surrounding the Lower Shannon navigation, including Lough Derg, from Meelick, Co Galway to Limerick City:

Three pump stations along the western shoreline drain water from the low-lying lands adjacent into the river.

I have spotted only two myself, but Colin Becker kindly told me where the upstream station is. The pumping stations featured in the Irish Times in November 2009.

The upstream station is to the west below Meelick Lock.

The middle station is here, and shown on a Google satellite photo here. 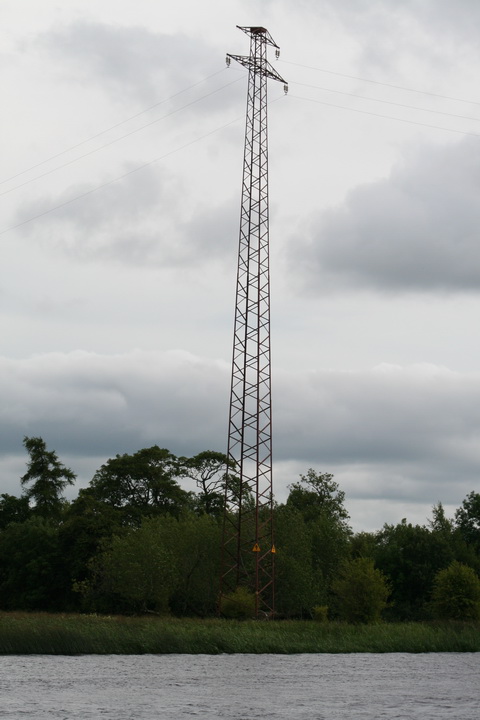 How to find the middle pumping station

This is the electric cable crossing the Shannon at the north end of Sally Island.

Incidentally, you may wish to know the clearance under the ESB’s electricity cables. Well, I’m sorry, but it won’t tell you. If it did, and you touched one with a mast, you might sue and the ESB might lose money. So it’s better that you should be fried to a crisp by risking using too high a mast than that you should have the information that would enable you to make a rational decision. I spent much time trying to get answers from ESB about the clearances but got absolutely nowhere. If you are from ESB and would like to prove me wrong by providing the information, please leave a Comment below and I’ll get in touch with you. 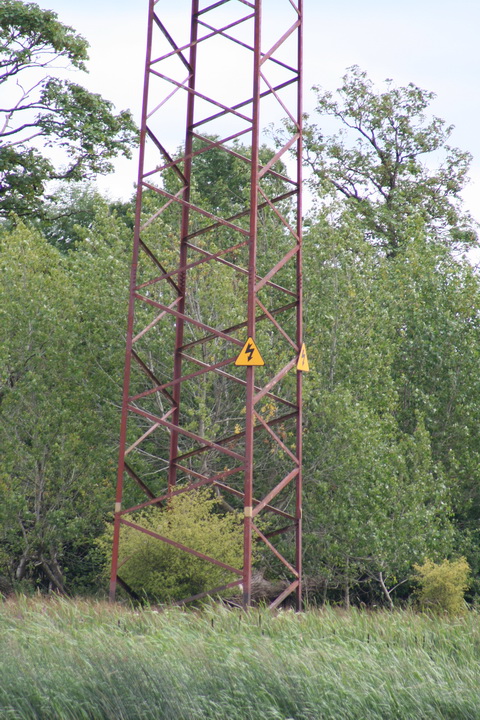 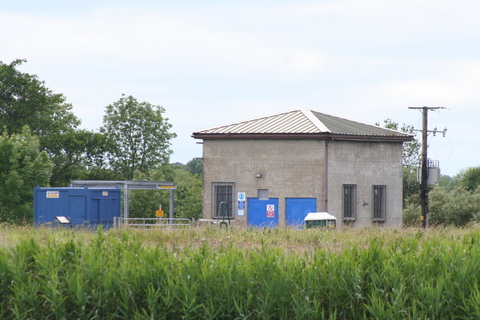 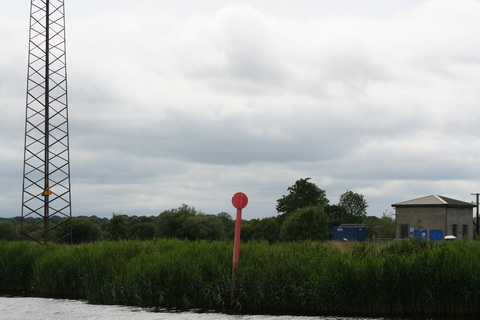 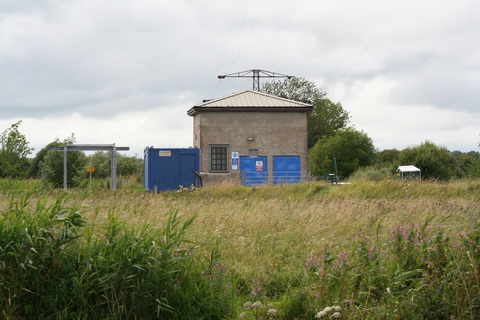 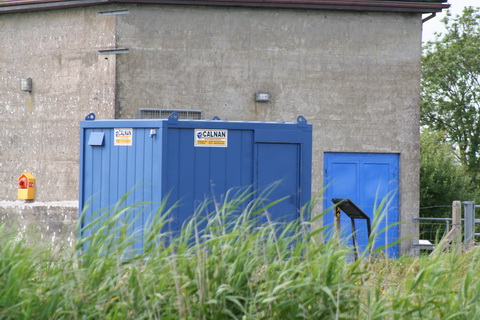 A Calnan unit could be pretty well anything: perhaps even a waterways bog! 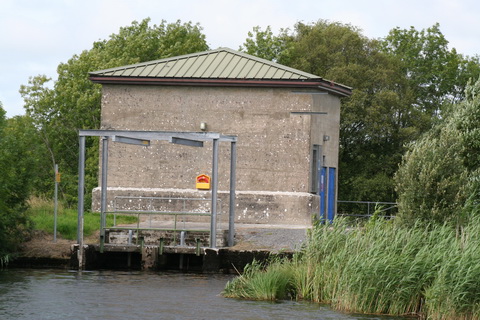 What is the steel framework for?

The downstream station is here, and shown on a Google satellite photo here. 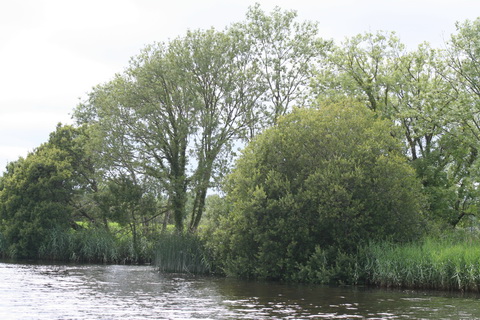 How to find the downstream station (from upstream) 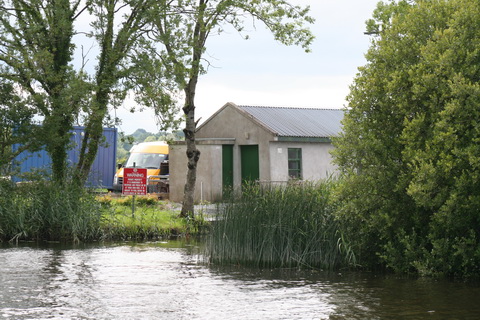 This station has two buildings.

Another blue box: what joy! 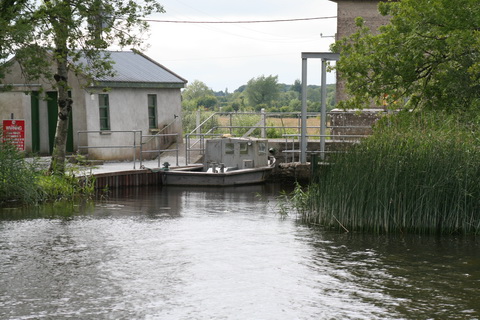 There’s a close-up of the workboat on this page. 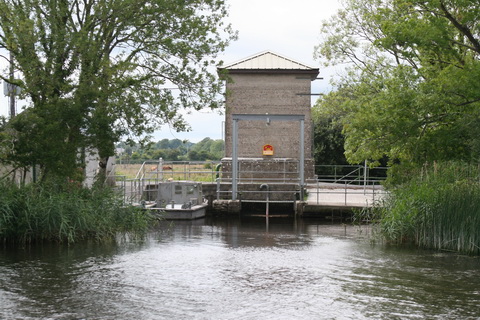 The second building is narrower than its upstream counterpart. It has another of those steel frameworks.

3 responses to “ESB pumping-stations above Portumna”