Statutory Instrument No 123/2011 — Control of Fishing for Salmon Order 2011 allowed for a maximum of 87 snap-net salmon-fishing licences to be issued in the No 3 (Waterford) District, the only district in which this method is permitted.

There are two good sources of information on the snap-net fishing. The first is Noel Wilkins’s book Men, Tides and Salmon. Snap-netting on the Barrow, Nore and Suir Southern Regional Fisheries Board 1998. The second is the writings of Carrick-on-Suir poet Michael Coady. I have relied on Wilkins for the information in the captions below; if I have misunderstood or misrepresented anything, I am sorry (and I would be happy to correct it).

Here are some photos taken in the pool, between the two bridges, in Carrick-on-Suir on a damp August day in 2012.

Two cots come upstream together under one engine

The two cots separate to stretch the net between them

The cots drift down with the tide, the paddle men keeping the cots in position 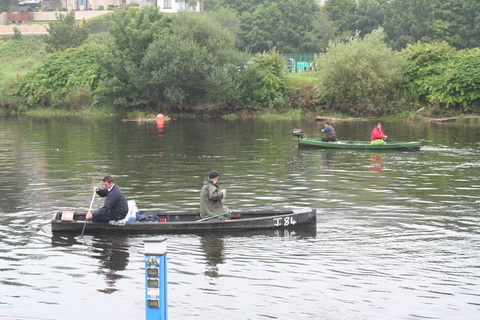 The light cots drift faster than does the net, so it forms a bag up into the tide 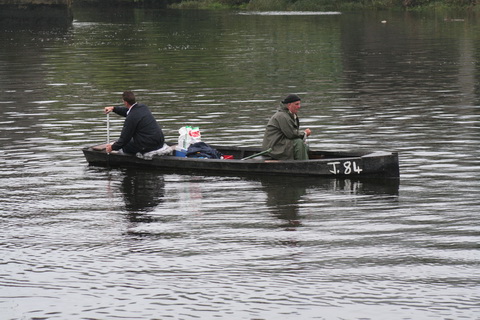 The fisherman sits on the header seat 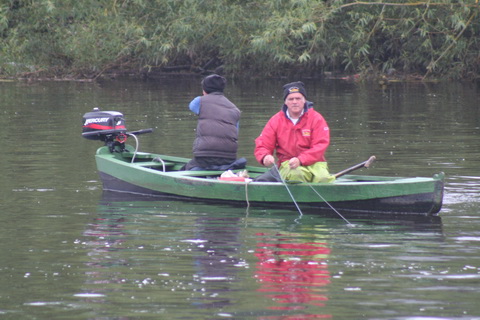 The paddle man steers for the bridge opening 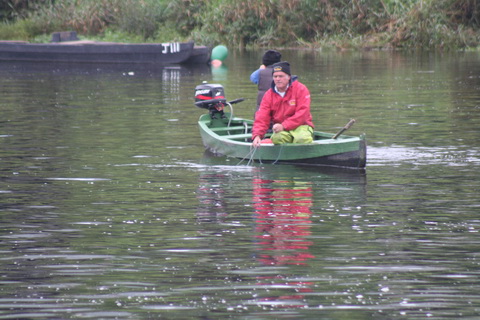 Cots moored in the background

One cot approaching the bridge … 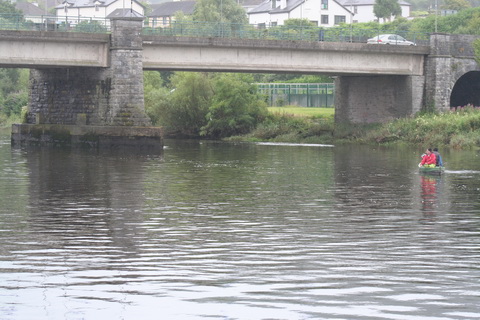 If a salmon hits the net, the fishermen will feel it, snap the net shut and thus trap the fish. The cots come together to kill the fish and remove it from the net. 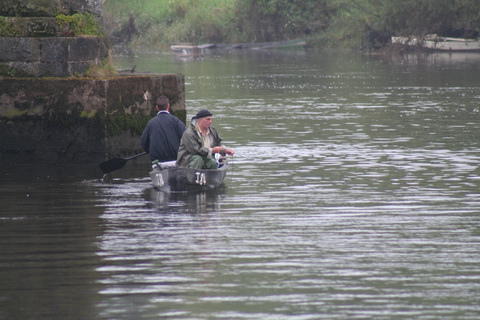 Out the far side

10 responses to “Snap-net fishing in Carrick-on-Suir”