Photographed 11 December 2010 from Noggus Bridge (N62) on the Grand Canal, south of Ferbane. As the Swiss Army Knife has been parked there for some time, I presume its function is to block boat access to Shannon Harbour while work is under way there. But wouldn’t some planks, or a couple of padlocks at Lock 32, have been cheaper? 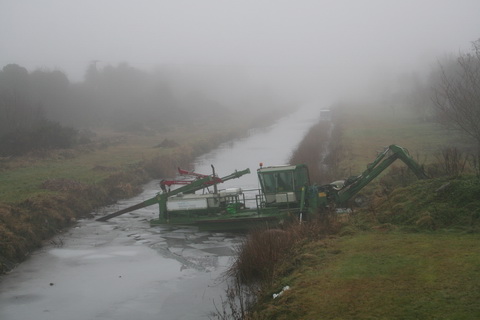 If it is parked there for some other reason, I would be glad to know of it.

One response to “The Swiss Army stop plank”