I remarked in November 2012 that Waterways Ireland had parked a canteen trailer and some pontoons at Errina Bridge, the uppermost bridge on the Plassey–Errina Canal, which is part of the old Limerick Navigation. 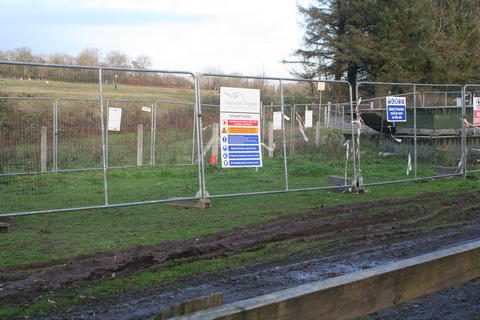 I wondered what was to be done; I noted that a stone at the top of one of the stop-plank grooves under the bridge had been removed (the stone on the far side was removed some time ago).

So I asked Waterways Ireland what was happening. They said:

The works in Clonlara are Flood relief works to protect Errina Lock from catastrophic failure. After the flooding in 2009, during which the dam in Errina Lock was overtopped by approximately 0.5 metres, it was decided to protect it from this happening again.

It has happened before too: in February 1809 the lock was destroyed by floods when heavy snows melted.

I asked WI about the nature of the works. They said:

Stop logs are to be put into the grooves under the bridge forming a dam with the same size opening as that in the concrete dam in Errina Lock. As for the stone which is removed to facilitate the installation of the timbers, this will be replaced once the timbers are in place.

That is good to know. 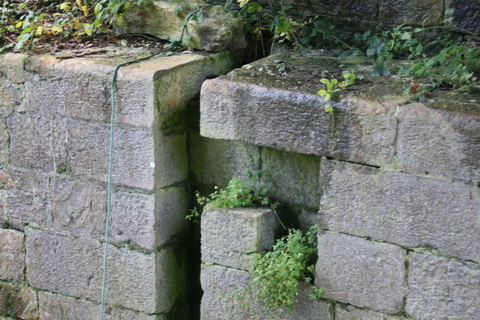 An authority on waterways has suggested that the curious shape of the grooves was designed to allow planks to be inserted from boats rather than from land.

Photographed 11 December 2010 from Noggus Bridge (N62) on the Grand Canal, south of Ferbane. As the Swiss Army Knife has been parked there for some time, I presume its function is to block boat access to Shannon Harbour while work is under way there. But wouldn’t some planks, or a couple of padlocks at Lock 32, have been cheaper?

If it is parked there for some other reason, I would be glad to know of it.