The speed limit in Athlone

The following photographs (and many others) were taken from the Watergate in Athlone on Sunday 5 August 2018. An IWAI Rally was in progress and the Lough Ree Yacht Club’s annual regatta was beginning, but there is of course no suggestion that the boats and boaters shown in these photos had any connection with either of those august institutions.

No doubt it is difficult to estimate speed 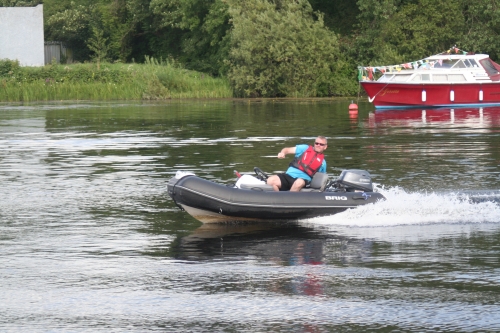 I do not know what is happening here 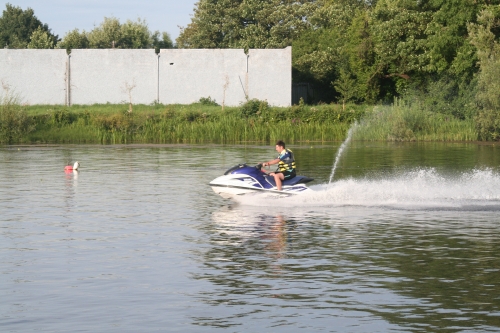 The jetski was relatively harmless

A large BRIG RIB, I think 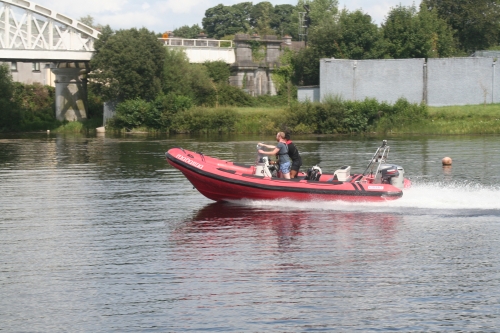 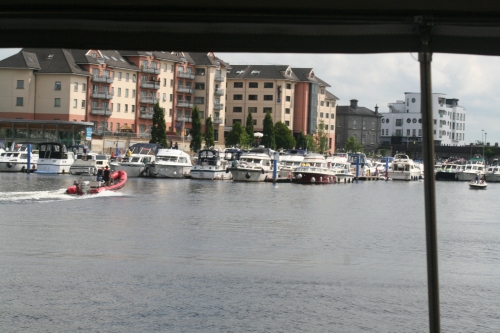 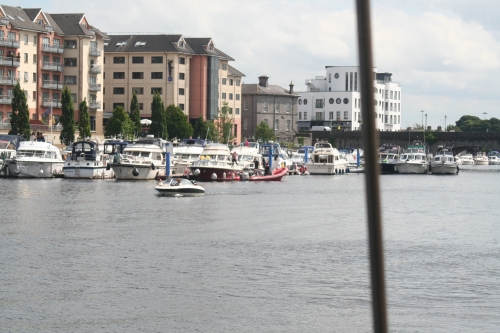 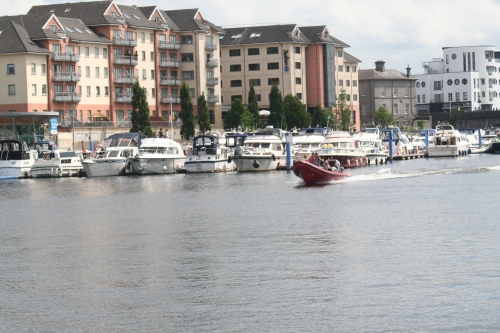 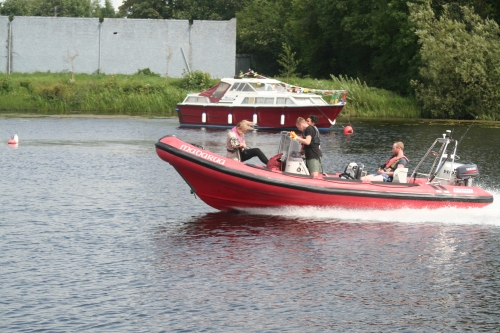 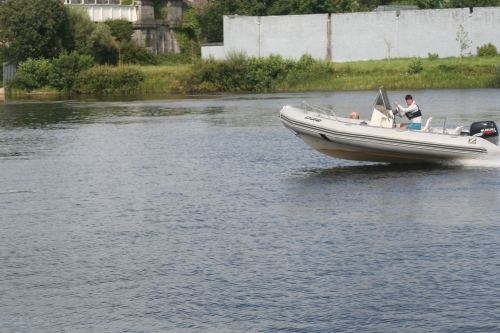 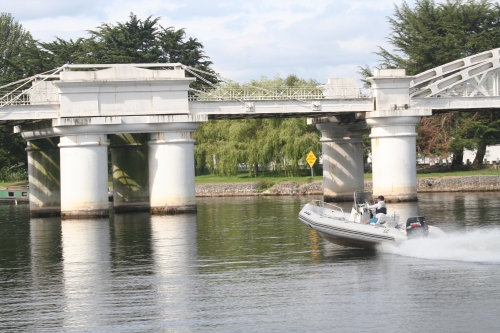 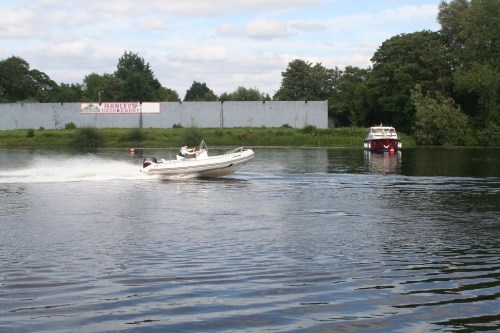 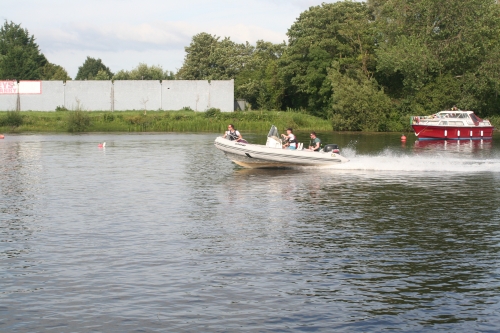 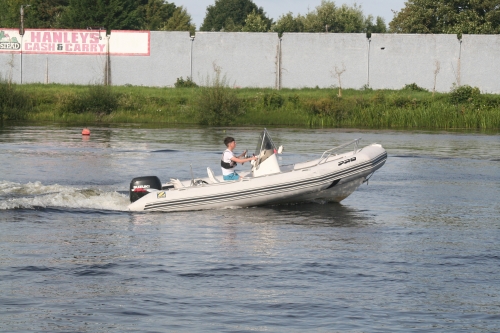 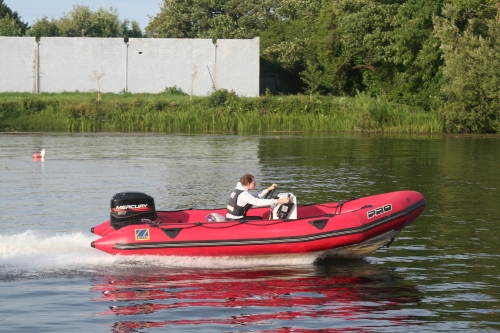 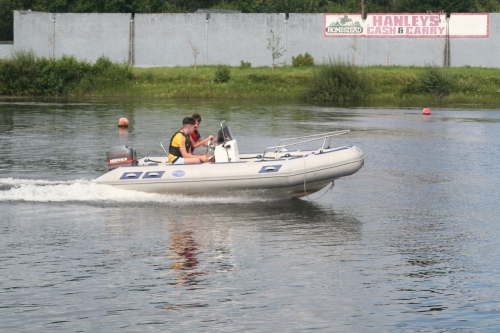 This one is almost sedate 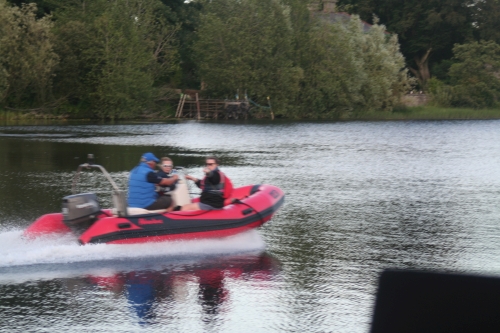 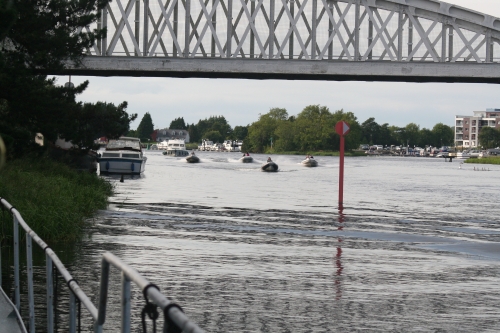 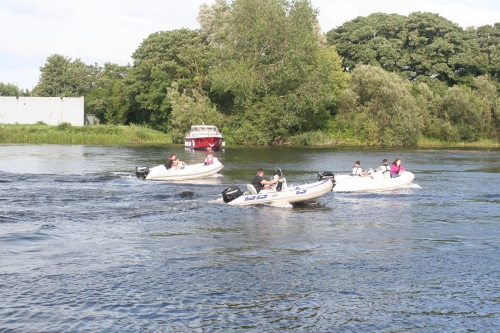 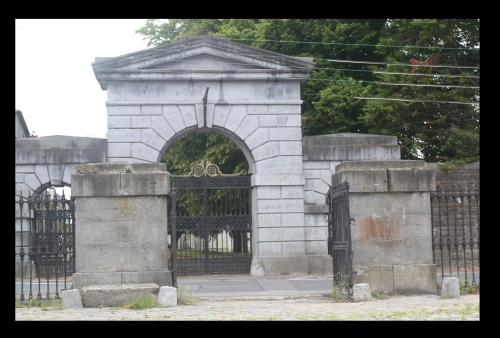 There is, I believe, a 5 km/h [~2.7 knots] speed limit for boats passing through Athlone. The area covered includes the river at the Watergate and upstream for some distance above the railway bridge.