What the blurb doesn’t say is that Mackenzie was the contractor for works on four areas of the Shannon, working for the Shannon Commissioners in the 1840s. He was responsible for Killaloe, Meelick, Banagher and Rooskey and also held a dredging contract.

Clooneen (Cox) is the area at the upstream end of Lough Forbes; other Clooneens lie to the north on the east side of the river. Joe Lamb was the ganger. 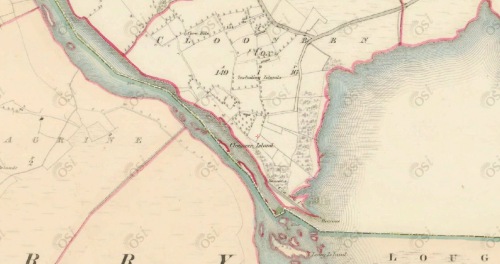