Kevin Moran is an independent TD for Longford-Westmeath and is now Minister of State for the Office of Public Works and Flood Relief. On 12 October 2017 he said in the Dáil:

I thank the Acting Chairman for giving me time to speak on the very important issue of budget 2018. Flooding is a huge issue that falls under the remit of my Department. Not one Deputy spoke about flooding during the budget debate. Nobody has come to my door to talk about flooding. Deputy Canney has not spoken yet. I assure the House that I have a sum of €432 million, which is a huge investment in flooding measures by the Cabinet. The funding for flooding schemes will increase from €45 million to €70 million next year. There will be a roll out of more schemes to protect people in their homes. There will be €5 million for the minor works scheme which is very important to protect people. Everyone has talked about putting diggers on the Shannon. I am the first Minister in the House to put a machine on the Shannon since Queen Victoria. I have heard every political party in here talk about it but they could not do it.

If Mr Moran would care to glance at this page on this site, he could look at photos of workboats and dredgers employed by Waterways Ireland (and some of them before that by his own department) on the Shannon and elsewhere — and considerably later than the time of Her late Majesty Victoria.

I am not sure, though, that “diggers on the Shannon” would be very useful: they would probably sink.

The invaluable KildareStreet.com tells us of this written Dáil question and answer on 4 February 2015:

Martin Heydon [FG, Kildare South]: To ask the Minister for Arts, Heritage and the Gaeltacht if her attention has been drawn to concerns regarding the lack of dredging on the lateral canals of the River Barrow and overgrown vegetation which is making navigation difficult; her plans to improve this situation; and if she will make a statement on the matter. 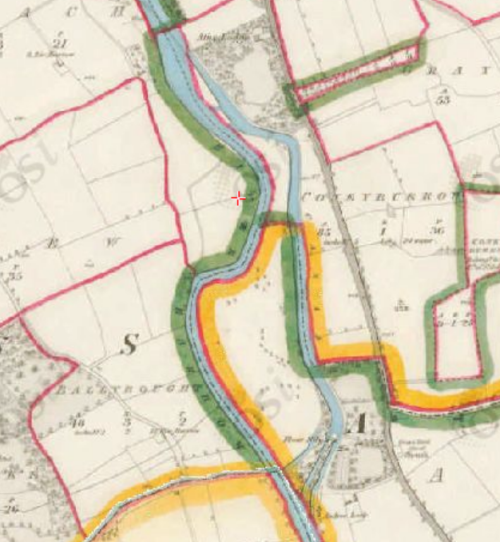 Heather Humphreys [FG, Clones Sheugh]: I am advised by Waterways Ireland that, as the Barrow Navigation is wholly situated within the River Barrow and River Nore Special Area of Conservation (SAC), due regard must be given to the provisions of the EC (Birds and Natural Habitats) Regulations 2011. These require a rigorous assessment to be carried out to assess the impacts of any work on the protected species and habitats, prior to any works being undertaken.

If the impacts cannot be screened out and a Stage II assessment is required, a full planning application must be made. In addition, the Fisheries Consolidation Act 1959 (as amended) prohibits any in-stream works, such as dredging, during the spawning season from October to June.

I have been assured by Waterways Ireland that it remains fully committed to the development of the Barrow Navigation in line with its statutory remit.

This question produced useful information, whereas some TDs seem to ask questions only as a way of assuring their constituents of their undying love and devotion. See, for instance, Brendan Smith, who has asked the same question at least three times.

Note that the short dredging season presumably applies to other rivers that are within SACs, such as the River Shannon at Plassey.

KildareStreet again: a Dáil written answer from Wednesday 22 May 2013.

Aengus Ó Snodaigh [SF, Dublin South Central]: 273. To ask the Minister for Transport, Tourism and Sport if his attention has been drawn to the fact that Waterways Ireland has decided to suspend the much-needed dredging works on the Grand Canal with only one section left to be completed and that that section of canal is shallowest due to years of silt and years of dumping and that this impacts on barges trying to traverse the canal, the delay in recommencing the dredging could seriously impact on plans by Dublin City Council to install a cycle track from Bluebell to Harold’s Cross, due to heavy equipment for any future dredging works having to locate on the northside of the canal where the cycle track would be,as the LUAS is on the other side; if he will ensure that funding for the dredging project to recommence works urgently be made available for Waterways Ireland. [24714/13]

Alan Kelly [Labour, Tipperary North]: I am not aware of a decision by Waterways Ireland to suspend dredging works on the Grand Canal. As you know, Waterways Ireland are a state agency under the agency of the Department of Arts, Heritage and the Gaeltacht. However, responsibility for the management of funding programmes related to the development of cycling infrastructure in the Greater Dublin Area rests with the National Transport Authority (NTA). Accordingly, to be of assistance, I have referred this question to the NTA for direct reply to the Deputy. Please contact my private office if a reply has not been received within ten working days.

I have been told that Waterways Ireland has issued no new dredging tenders this year; perhaps it’s saving up for the Cavan and Monaghan sheughs. However, I can’t check: Waterways Ireland isn’t showing tenders on its new website, sending the curious instead to a Eurosite that I can’t persuade to tell me anything interesting. Any difficulty for barges should make itself apparent shortly.

Here are some photos of recent L+M Keating projects.

I’ve moved my pics of dredgers to a new page and added a few more.

What the blurb doesn’t say is that Mackenzie was the contractor for works on four areas of the Shannon, working for the Shannon Commissioners in the 1840s. He was responsible for Killaloe, Meelick, Banagher and Rooskey and also held a dredging contract. 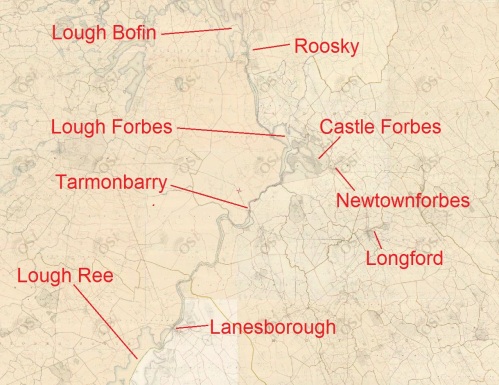 Clooneen (Cox) is the area at the upstream end of Lough Forbes; other Clooneens lie to the north on the east side of the river. Joe Lamb was the ganger.

WI’s funds haven’t altogether run out: it’s looking for contractors to dredge the Circular Line of the Grand Canal between Suir Road and Portobello, and to do so to the “original bed level”. That will be welcomed by boaters. Details here.

Why, when speaking of the branded product Plasticine, did [do?] Irish teachers insist on using the Irish word marla? Even that word was, according to Terry Dolan’s Dictionary of Hiberno-English [Gill & Macmillan, Dublin 2004; new ed forthcoming], derived from the English marl.

At least in the nineteenth century, marl was a valuable manure or fertiliser and, on Lough Derg, Mr Head of the Derry Estate introduced a system of dredging it from deep water. Read about it here.

Here are some photos of dredging and related operations under way in Limerick. There are some pics of small workboats too.