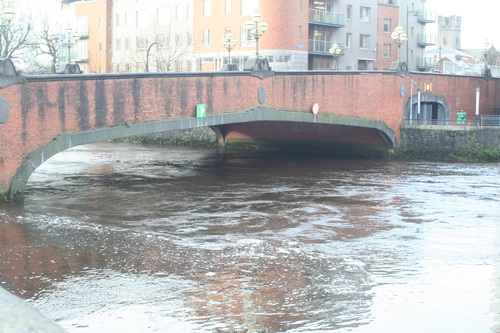 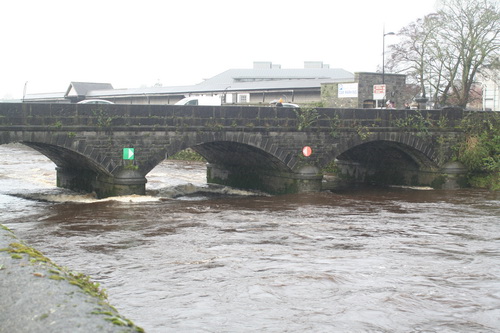 The Shannon in Limerick

Lots of pumps running and equipment trundling about the place 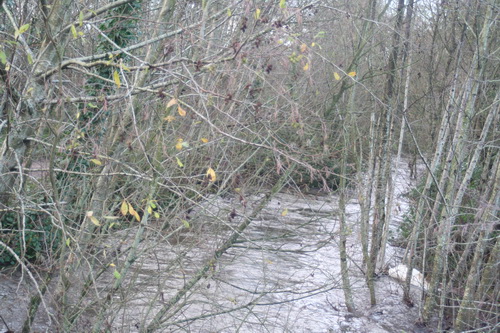 Cots on the bank 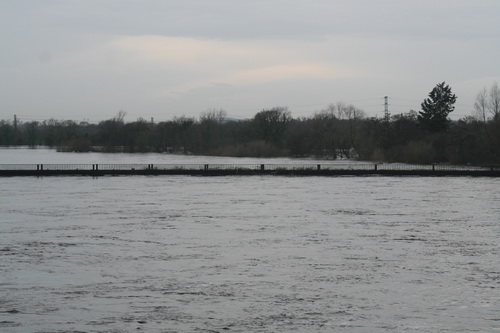 The Black Bridge getting another hammering

I have been told that the Mulkear River rose very rapidly on Saturday night and that, at one time, it was feared that the (older) bridge would be swept away. I gather that folk working in other areas were called to Annacotty to deal with the emergency.

A tree in the water above the bridge 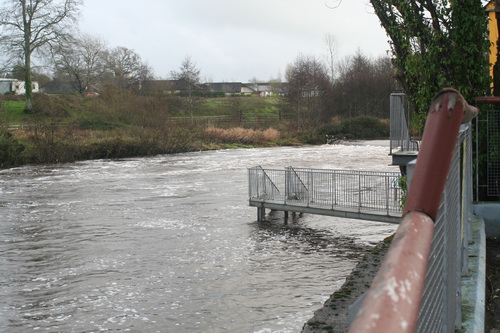 There’s a weir in there somewhere

The Mill Bar in Annacotty was closed today after being flooded.

This, from a small garden beside the bridge, suggests that the Mulkear may have carried and deposited a lot of silt

I gather that the Mulkear’s waters, added to those of the Shannon itself, raised the level of the Park Canal (the bottom section of the Limerick Navigation). A problem with opening the lock gates, to release the water, meant that a few houses in Corbally were flooded. A Sinn Féin councillor, whose party colleague has been responsible [with her southern counterpart] for slashing Waterways Ireland’s budget in recent years, is quoted as saying

I am in no doubt it was primarily caused by the ineptitude of Waterways Ireland.

Alas, the news story does not tell us the source of the councillor’s certainty.

The article also says that

[…] the force of this water meant it was not possible to open the lock gates by hand.

That is, I think, misleading: neither set of gates has gate beams, so they are not opened by hand. 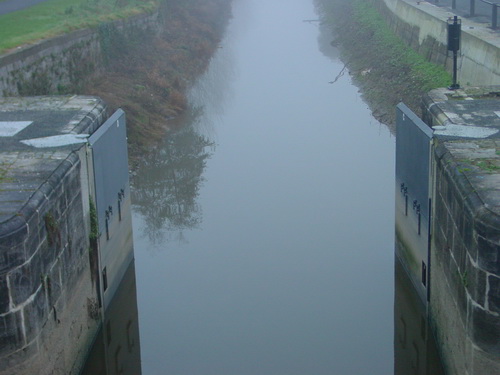 The upper gates in 2004, shortly after installation. Note the absence of gate beams. Note also the two sluices or paddles on each gate 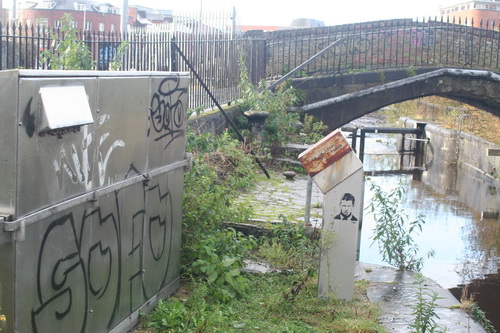 I see no sign of the paddles or sluices. Perhaps the level is so high that they’re underwater. I must try to check next time I’m at the canal harbour. 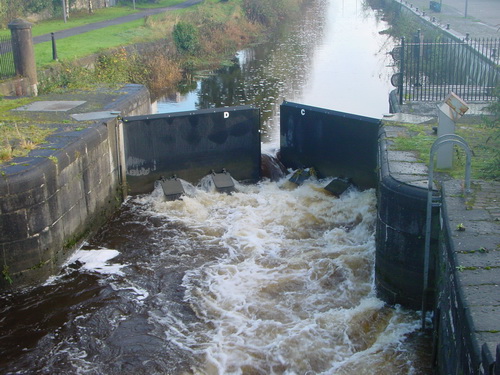 The upper gates in the floods of 2009

In the floods of 2009 the upper gates were held slightly open and all four sluices were discharging water. That would have lowered the level in the canal; it would also, I think, have made it easier to open the gates fully.

I am guessing, but I imagine that on Saturday night some sort of hydraulic machine was brought in this way … 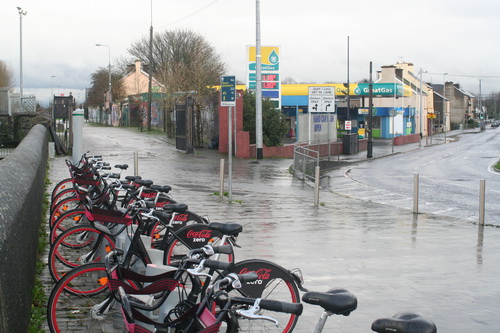 … and used to push or pull open the near-side upper gate. There seems to be some slight damage to the stone and iron work. 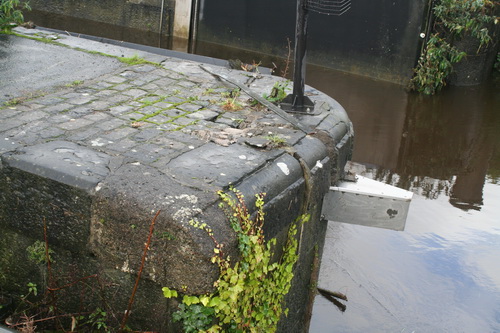 One other possibility that struck me is that silt from the Mulkear might have built up behind the gates, making them difficult to open, but I have no evidence on the matter.

From the outside looking in

Now rowers propose to use the Shannon.

I hadn’t realised that the Limerick [non-salmon] weir had affected rowers.